As the officially observed day of America’s independence from the repressive, tyrannical King George, I am saddened that we, as Americans, have chosen to implement repression, throwing away liberties without regard to the fight that took place to provide them. The founding fathers risked life and limb to provide us the openness of expression free from oppression by an authority that claims to be higher than our own. Case in point, the Confederate flag.

Think what you will of such a flag, but this single flag is being ignorantly banned. If people have a problem with the Confederacy and its heritage, the following flags will be banned as well as the flag for the original 13 colonies. 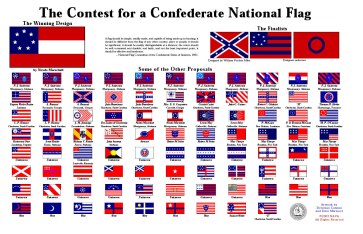 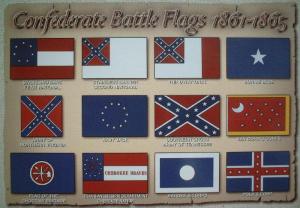 What about the British flag? Great Britain enslaved and killed more people than the Confederacy and they also implemented the slavery that is being placed on trial. How is it we are not all over that? The introduction and perpetuity of the use of slaves, begins and ends on British shoulders. That is a historical fact that is not being challenged.

The logic is flawed on this unintelligible crusade to pull down THE Confederate Flag. Pick up a book. Understand the history. Oh and by the way, you could not go into another country and demand a symbol of their history be taken down, even if it was a Nazi flag. The very freedom to be against ANYTHING is a right given to everyone able to make this ridiculousness possible.

All the uproar stems back to groups flying THAT flag under misguided principles. Again, in this country–at least for now–you can be as misguided as you want and say what you want to say, you have that right. This hyper-sensitivity could be applied to the LGBT community and the rainbow flag. I am sure there is a person on this continent who is offended to think about the representation of that flag. Apply the same logic that is attached with the vehement ignorance to take down THE Confederate Flag. It represents a difference in values that may or may not be offensive to a group of people.

Knowledge is power. If you jump on a bandwagon behind something without knowing the foreseeable liberties that will be lost in association to said cause, you are spitting in the face of what today is about. You were lucky enough to have been given these rights. Don’t be English enough to demand others give those rights up. You are putting others under the same tyrannical rule we fought so hard to get out from under.

”The natural liberty of man is to be free from any superior power on Earth, and not to be under the will or legislative authority of man, but only to have the law of nature for his rule.”
Samuel Adams

How strangely will the Tools of a Tyrant pervert the plain Meaning of Words!