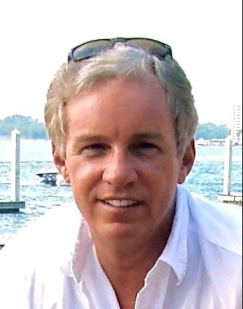 Best Selling Author, Ron Clark Ball is the newest victim of corruption in Pensacola & Escambia County.  This case was brought to my attention by a trusted colleague who got an anonymous tip about the case. In full disclosure, the details are sketchy. However, the gist of the story is this. Ron Clark Ball was engaged to Rhea Kessler, widow of Dr. Alec Kessler. They had several business endeavors when the romance went sour. Kessler accused Ball of taking money from the business(es). This resulted in a civil suit for against Ball.

This is where it gets dicey. Somehow the law firm of Levin & Pappantonio, who represented Kessler, went to the State Attorney’s office and suggested criminal charges of larceny be made against Ball for the disputed amount Kessler claimed he stole. The political mythology of the “connections” of Levin & Pappantonio seem to prove coincidentally consistent with reality in this case. How many civil cases turn crimina 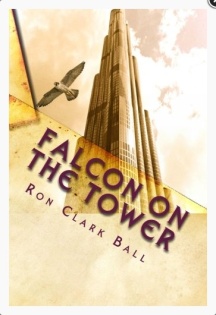 Mr. Ball was arrested in November 2015 by a (or perhaps THE) Sheriff and Bill Eddins who personally took Ball into custody. This is another unprecedented action by Eddins, much like when he personally interviewed and obtained an unrecorded confession from Lenny Gonzalez, Sr, in the Billings case. He is an elected official with minions who do this for him. This is HIGHLY OUT OF CHARACTER.

Mr. Ball was bonded out shortly after his arrest, but this was short lived. On a court appearance in February, 2016, Russ Edgar had Ball arrested under RICO violations and revoked his bail. Today, after numerous efforts to have the state produce evidence and motions to compel public defenders to do their jobs, Ball has now been incarcerated 450+ days. Here is a letter written by Mrs. Katherine Ball, Ron’s 93 year old mother to his last public defender. The letter is compelling.

Here is a Facebook entry, posted at Ball’s request:

After being attacked and beaten on Friday, May 12, 2017, my 450th day of indefinite imprisonment at Escambia County Jail, I was again attacked by an African American Inmate on that following Sunday! This was a classic “sucker punch” from an individual half my age. I was knocked out and fell backwards hitting my head on the concrete floor, suffering a concussion.
Coming in and out of consciousness while being taken in a wheel-chair down to the Infirmary. I could tell there was something wrong with the right jaw area as my teeth were not and still are not lined up correctly. I now can’t chew and have difficulty swallowing.
An Escambia County Sheriff’s Deputy came in a holding cell at approximately 1:00 am this morning, May 15, 2017 to take my statement, appearing very irritated that I wished to press charges. He said that he saw what had happened on the Video and that I had been “pushed” rather than “slugged”. Such a notion is absurd and a clear lie. That Video must be subpoenaed because I have a swollen right jaw, and a broken molar – hardly possible to have been caused by a “push”. Since I hit the ground with my head, almost exactly in the cranium above the nape of my neck, it would be impossible to do such damage to my jaw from that impact. More cover-up by the jail, no doubt. Being from South Florida, my new lawyer will get to the bottom of this, unlike my previous ones!
What I found most laughable was the fact that after being knocked out, probably with a broken jaw, at least a fracture, it was I that was sent to “lock down” confinement, a small 6 x 10 cell with a toilet and a sink and bars that are shut 24/7, with the exception of 5 minutes each day to shower and 15 minutes
to use the phone. This is my life now, an indefinite imprisonment for 453 days!
I thank everyone for their support. Ron #aclu #prosecutorial
misconduct #abuseofpower #maliciousprosecution #falseimprisonment#corruptstateattorney #tyrannyexistsinpensacola #fakericocharges