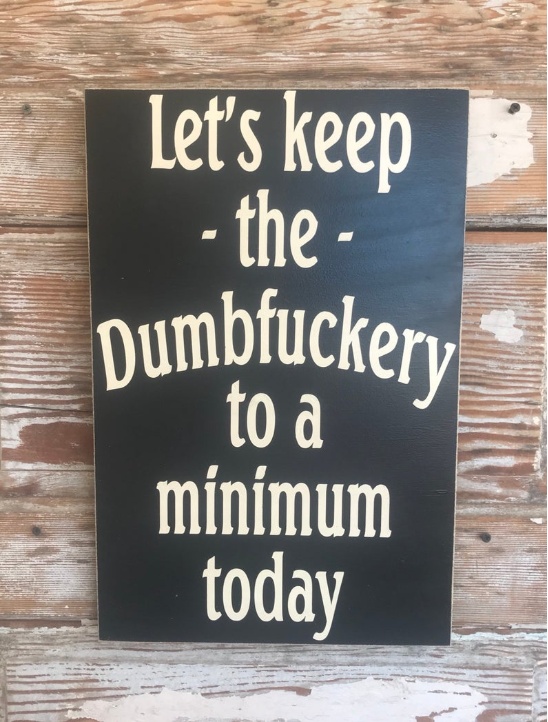 I have been completely out of the loop the last couple of weeks. But I want to catch up on the absurdity of last two weeks. Beware, I cannot make this shit up.

I got a call around 8 am from Philip Nix, head of the security for Don Frenkel at the Pensacola Interstate Fair as well as a former ECSO involved in a lawsuit with them currently in state court. Phil was livid. He went on to explain that after he got home from the fair and was climbing into bed, a phone call came in from the lone security guard at the fair. The security guard said an ECSO was standing at the door to the money office and he was there to tell him that a 9-1-1 call came in from someone needing assistance at the fairgrounds. The deputy, acting under orders from his commanding officer, Sgt. Vestal, #118, was there to tell the security guard that the ECSO was not to respond to 9-1-1 calls from the fair.

Now let’s think this through. A deputy was there to say he would not respond to a location he was currently at right then. And that because of the animus between Sheriff Morgan and Don Frenkel would not help anyone who called 9-1-1 from that location. WOULD NOT HELP ANYONE WHO CALLED 9-1-1.

Phil was livid. He immediately called Chip Simmons, #2 in command at the ECSO. Chip denied knowing anything about this or any sort directive given to anyone to not respond to the fair. Chip said he’d look into the matter when he got to work.

During the next few hours, it came out that there were multiple calls that came in from someone at the fair prior to the deputy arriving just after 1 am. So now we have multiple calls coming in with the deputy responding to say he wouldn’t respond at least an hour later.  So I think the proof is in that timeline. Chip claimed that the problem was that there the perception that FDLE was working the fair. While this was true during while the fair was open but at night, no one but a security guard was there after hours as like many businesses in the county. To say that because there is private security, no law enforcement would respond to an emergency call, is not only terrifying to anyone but that isn’t the case for any other private business in the county. So that explanation doesn’t hold water. After receiving the call reports from the ECSO, the coding shows the calls were closed as deferring to another agency (even though no other agency was called). But the cherry on top of it all is this: 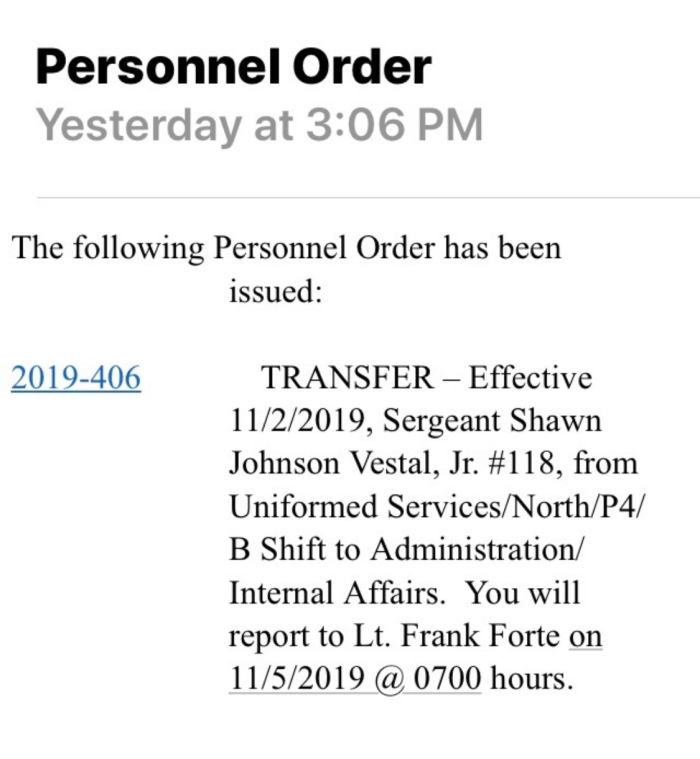 It is clear Vestal did as he was directed; he was promoted 10 days later.

Moral of the Story: There is a lack of professionalism by the ECSO, especially when the county is sleeping, you’d better be prepared to handle your own emergencies if you are on the wrong side of David Morgan. 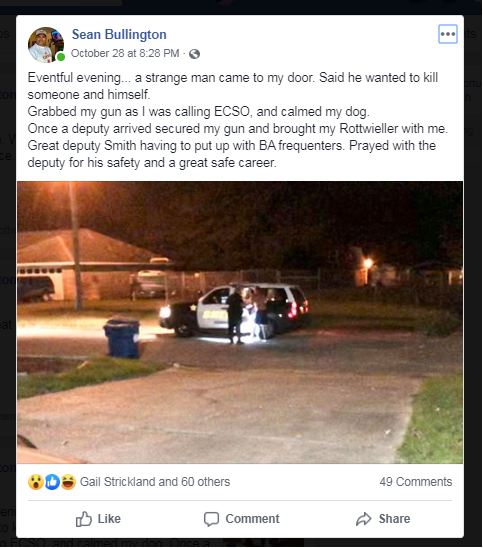 The alarming part of this is that it took 18 minutes for the ECSO to respond. 18 MINUTES!! A minute must have seemed like a friggin’ year, but 18 minutes could have easily seen this entire family murdered. After looking into it, I am told that 13 minutes was the respond time per the ECSO records, but that is still ridiculous.

Moral of this story: If you call 9-1-1 and tell them a crazy person is threatening to kill you, you better be prepared to take matters into your own hands. ECSO won’t be there in time.

“Johnson states the suspects are from Escambia County.

He says crime from that county is spilling into Santa Rosa County.

According to Johnson, 670 people were arrested last year with Escambia County addresses.

So far this year, he says 705 have been arrested.”

After this Chorus Nylander spoke to Sheriff Morgan for a comment. The best part is the following:

Sheriff Johnson said Santa Rosa saw 670 arrests in 2018 of suspects that lived in Escambia County, this year before the year’s end the number is more than 700.

“I certainly didn’t take offense at Sheriff Johnson’s press conference I think he was outlining to folks a situation they are dealing with,” Sheriff Morgan said.

Sheriff Morgan said that crime spreading to neighboring counties is just a natural byproduct of how crime works and something his office can do little to prevent.

“It’s called the displacement theory and that theory is you never eliminate crime you kind of move it around but it pretty much stays there prostitution is a good example we focus on prostitution in Brownsville that moves on highway 29 we go on North 29 and it goes back to someplace else so we can’t throw a net obviously over crime and criminal activity as much as we’d like to contain it,” Morgan said.

This is perhaps one of the most preposterous comments Morgan has made in a LONG time. The displacement theory in criminology is a theory that says when law enforcement has been SO SUCCESSFUL, they have run crime out of one area; it must move because it cannot occur in the place it originated.  This theory has been disproved. The crime we are referring to here is street crime vs white collar crime. Street crime takes place in lower socio-economic areas.  When a successful law enforcement presence lowers crime in those areas, it doesn’t move to another area. People don’t have the means to move. Crime just dissipates.

I think we all know that crime isn’t getting better in Escambia County despite Haines’s skewed stats. It’s expanding and that is what is happening in Santa Rosa.

Moral of the Story: Don’t listen to a thing Morgan says. It doesn’t make sense.