As I have been saying for 3 years, Sheriff Morgan is no criminal investigator. He develops a theory and with tunnel vision. To the exclusion of actual facts and evidence, he plumps up his cheeks and gets in front of the media and touts his own truth. This is what happened in the recent triple murder of the Smith Family. He claims, “this is witchcraft”. Thankfully the public knew enough not to believe it. That has not always been the case.

On July 27, 2009, Morgan staged one of many national press conferences and with all the drama he could muster, he told Ashley Markham, “We found them (the people who killed your parents)”. He hugged the sobbing woman, resting his head upon hers in an embrace, of course, at an angle so that there is good exposure to publicity shots.

This very act should have been the first red flag. How many victims has Morgan ever touched, much less hugged?  He clearly had an agenda as did Ashley. They shared secrets as to what was really behind this crime. Sheriff Morgan–at the time of this shot–knew Justin Billings had gunshot residue on his hands the night of the murder. He knew there were 2 vans. He knew there was more likely a bigger picture other than the scenario he followed. He exemplifies that in this video.

Ashley knew that the only witness to the murders, her brother with Down’s Syndrome, when asked who committed the crime, kept signing “brother” ie Justin. This child did not know traditional sign language. He knew baby sign language, which is signs for things rather than letters. There was a sign for “Mom”, “Dad”, “Ashley (sister), “Justin (brother) that are unique and different from any other signs. This boy signed his sign for Justin over and over. Now the social worker who interviewed the boy did not know the sign, but April Spencer, the nanny, Ashley & Blue Markham and close people to the family did. Ashley conveyed this to someone close.

By brandishing this knowledge, Ashley used this lie to stave off any claims by Justin to the estate. While that is despicable and psychopathic, the real crime is by Sheriff Morgan is lack of ability to run an investigation. Whether this is willful or just pure ignorance, he uses this same pattern of behavior. He eliminated Bud Billings’s work life as a possible murder, immediately. He did the same with the triple homicide, he dismissed the fact that Homeland Security and Richard White’s position as a Cyber-crimes expert with a high security level. Point blank, it is too premature to eliminate any angle. Yet he has done just so by focusing on this farcical theory of “witchcraft”.

This is such a miscarriage of justice because as author, occult expert, Michelle Belanger says in her rant on Facebook,

The biggest problem in Pensacola right now is you got a Sheriff who is jumping to all kinds of conclusions. He’s creating his own kind of red herrings. …My other problem with Sheriff Morgan is, your average person doesn’t know what a Wiccan is, doesn’t know what a Pagan is. They hear these words from an authority figure, like Sheriff Morgan. What he is doing, either through his own ignorance or his own willful misdirection of the actual facts of the case. He’s betraying the trust that people have put into him……..He is misleading people who he’s their only source for whether or not that’s true. And because he’s seen as an authority figure, they are not going to go out and Google to find out that he’s actually talking out of his posterior in a grievous way that could honestly incite hate crimes. 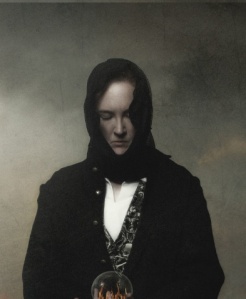 I absolutely agree. There is probably no real way to undo the damage Sir David’s misinformed words on both these cases. He has set the tone for every perception every person in Pensacola will ever know of these two cases, as misguided and out of rhythm those  perceptions are.  The thought of Bud Billings being killed by a family member or business associate is far more plausible than the theory of crime as the state prosecuted it.

In the national news footage, Morgan acknowledges there is ties to drug cartels. That is suppressed. It is also mentioned that Down’s boy described how Bud grabbed the man who fatally shot him by the neck. This is corroborate below:

This, IN AND OF ITSELF, should provide the reasonable doubt.