Escambia County Resident Clark Yates picked up the gauntlet and sent certified letters out detailing the fraudulent activity of the Sheriff and ambivalent Board of Commissioners to Bill Eddins, Rick Scott and Pam Bondi. This has been done before by myself and many others–never to any avail, but Mr. Yates got a follow-up call from Bill Eddins’s office. Thomas Williams, Assistant State Attorney wanted to meet to discuss the activities of the Sheriff.

On June 7th, 2016, Mr. Yates, Randy Crowder, an investigator for the SA’s office, Thomas Williams and Yates’s attorney, William Kitchen (via telephone) sat down to discuss these the Sheriff’s egregious violations against the people of Escambia County. He brought the Shriners info as well as other DOCUMENTED violations, reviewed by his attorney. These violations are clear and undisputable. Mr. Williams agreed. He told Mr. Yates they had reviewed all the documentation and after obtaining some other records themselves, they had officially opened an investigation. This was to go to Bill Eddins and Mr. Yates would get a follow-up call. This never happened.

Mr. Yates attended Greg Fink’s trial last week.  A farce of an event. Mr. Fink was found guilty of a misdemeanor charge of “failure to include electioneering disclaimer” on a flyer. Randy Crowder testified in the case. After giving his testimony, Mr. Yates caught up with him in the hall. He asked Mr. Crowder how the investigation was going into the Sheriff. Mr. Crowder began telling Mr. Yates how many new cases have come into the SA’s office. They had just been covered up.  This is legal speak for “this investigation is at the bottom of the pile”.

As expected and predicted by many, Bill Eddins would rather run up a hefty tab for a jury trial on a political disclaimer misdemeanor case rather than investigate the racketeering of the politicians on the payroll of the citizens of the county to which he has been ELECTED to serve.

The tree of corruption runs right through the State Attorney’s office.  The Attorney General ignores it and the Governor sloughs it off.

What are the citizens to do?

Historically speaking, the corruption issue is not old news in Escambia County. It is old hat. Maybe we should start thinking of its effects on people. It is a bit like the civil rights movement. The governmental oppressors against the people who are not in collusion with them.  The people of Escambia county have become marginalized. To paraphrase, Martin Luther King,  the nobodiness of the people yields to the eliteness of the officials.

There has to be a call to action!  People need to be aware.

To spread the word and to show outward support buying and wearing the following t-shirt. 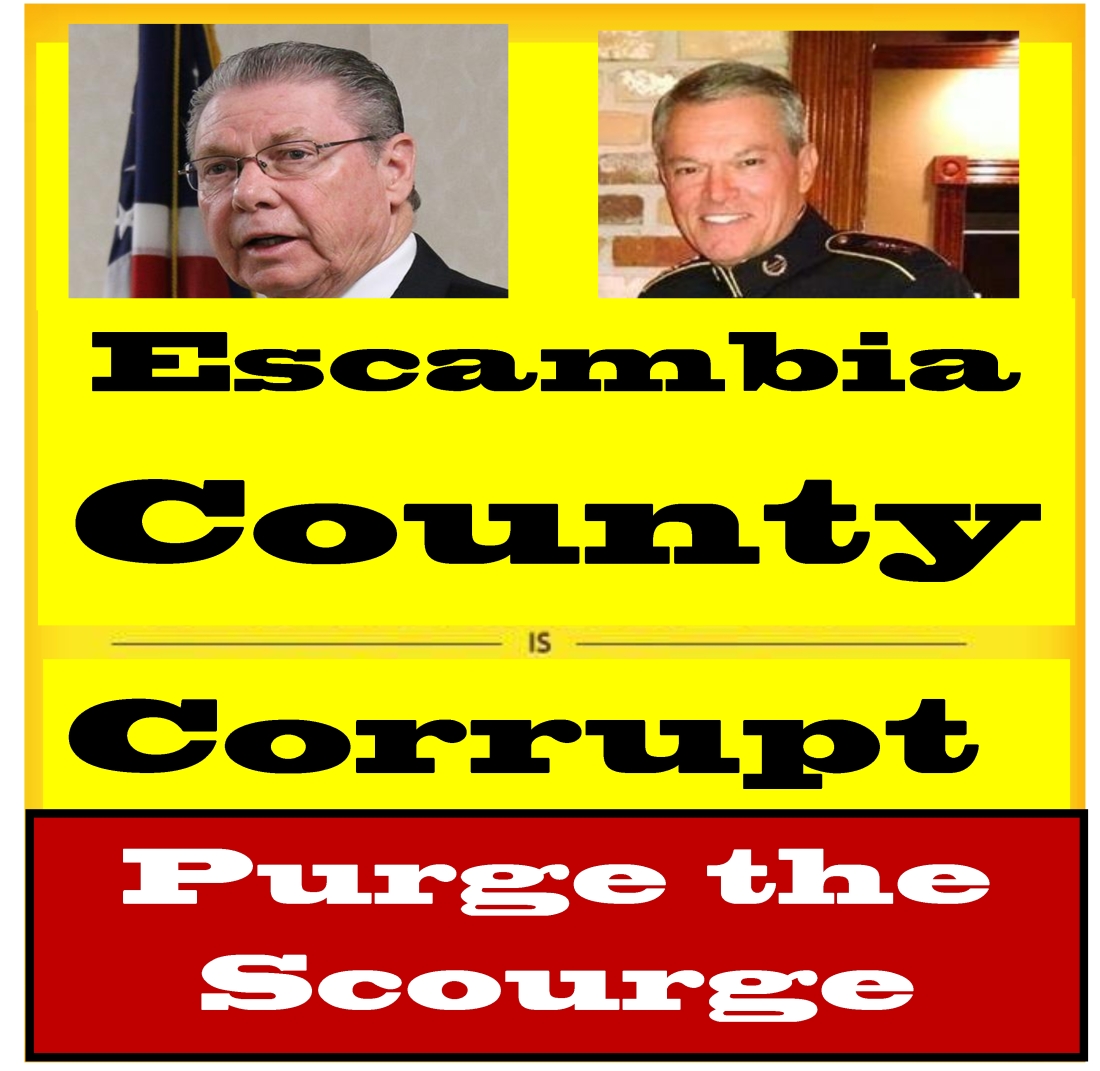