To my great shock, the BOCC denied the increased millage which Sir David tried to shove down their throats. The most amazing thing is how verbally they expressed their contempt for the Sheriff’s tactics. Each of them, except for Underling, spoke to the press push that Morgan tried to use to get his way.  Underhill was the lone dissident vote, not surprisingly.

The issue here is not the raises for deputies; the issue is why Morgan hasn’t made it a priority. In April alone, Morgan gave away $35K to Underhill’s pet projects.  Assuming the starting salary of $35K, Morgan could have used the money he gave away to fund the Sheriff’s portion of 2 SRO’s–not to mention $5K to Pensacola Opera, $20K to PACE Center for Girls, $20K for Panhandle Charitable Open. That’s another $45K that could go to 2 1/2 more SRO’s salaries. While no one is saying these charities aren’t worthy (the opera is questionable), Morgan is spending money on all these things INSTEAD OF SRO’S. 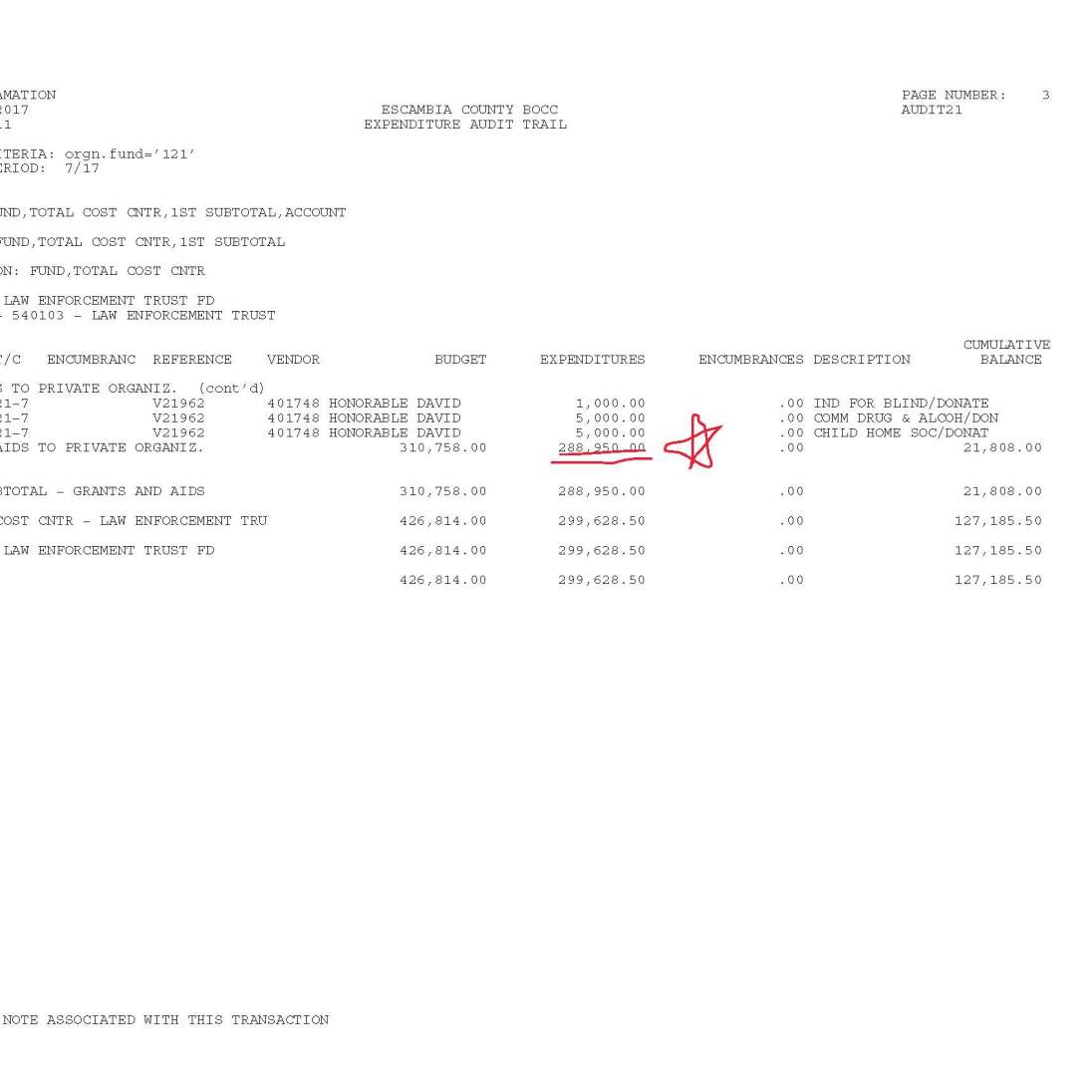 The most ironic part is the article I found that Sir David wrote: 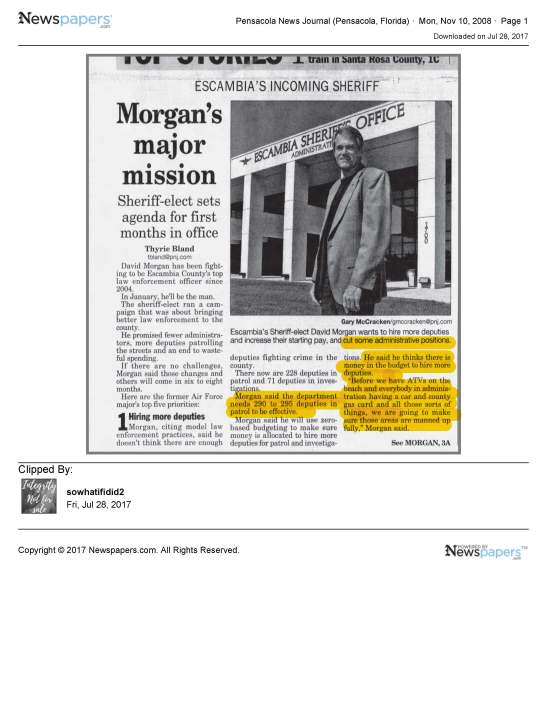 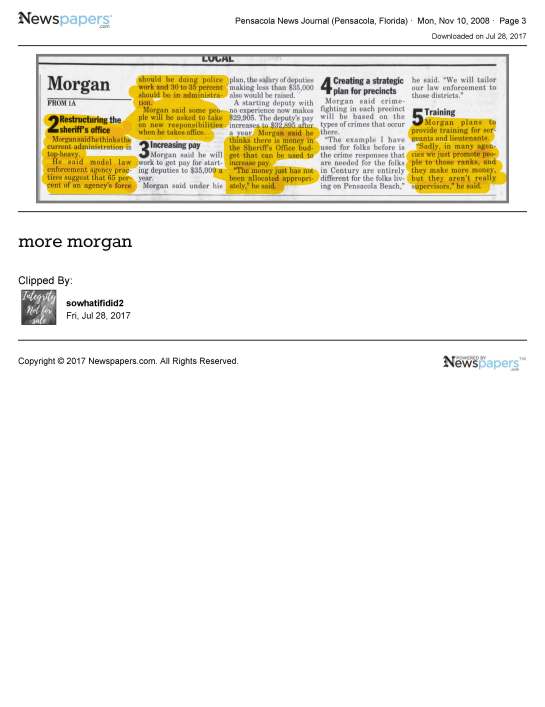 The pre-elected Morgan seems much more honorable and reasonable than the drastic contrast of the 3 term sheriff. It is funny when I was talking to people about what was going on in the county, I used the word “corruption” and I was told, “No, I wouldn’t say corruption; it is just the ‘good ole boy system'”.  By not using the word, it was like it was somewhat better than what it is. It is power that corrupts and we see this demonstrated in front of us with this article from several years ago and the issues of today. The budget has always been a point of contention for the Sheriff’s office and BOCC. But the tactics of this Sheriff are sophomoric and not in good faith. Good faith isn’t a concept 3-term Morgan knows at all.