So many things keep going on continually painting a picture of who the true Sheriff is. The man many of us have seen for years–pathological, irrational, sociopathic, vengeful, petty, and ridiculous to sum it up. His tyrannical tantrum in front of the Secret Service trying to carry his pearl handled pistol in to the Presidential rally, was unmentioned in the news, despite being news worthy.  He claimed to be the “fucking Sheriff of this fucking county” to which the Secret Service responded,  (I’m paraphrasing), “We don’t care who you are; you are not getting in to see the President with that gun”. Who does that? DUH!! Who thinks that would fly in this day and age?  This man is seriously disconnected from reality.

Much like this hissy fit is the crying wolf about pay compression to the Governor.  The most amazing thing is how viciously Eric Haines jumps to be nasty to Chairman Jeff Bergosh openly on social media. He sounds much like Underling speaking to his constituents. But the thing I love the most is that Haines talks a lot about the indiscretions of his subordinates that “break the chain of command”.  Being the ever diligent hypocrite, as a subordinate in ECSO which is equal with County Commission on the food chain of the county, he breaks the chain of command to attack anyone on behalf of the ECSO. He does not have the standing to make the assertions he does. The sheriff is the spokesman of the agency. It would be akin to having a little kid of one house screeching at the head of the household of his neighbor. Not only is it bad form, it has no authority. He just looks like a spoiled little kid, lashing out.

Besides his inappropriateness, his diatribe of “pay compression” is a fallacy.  If the average citizen had all the facts would be able to see right through. So in the spirit of keeping up the revolutionary act of putting the facts and truth out for the public to decide for themselves, I am going to release 2016’s W2’s numbers and a break down of what they mean. 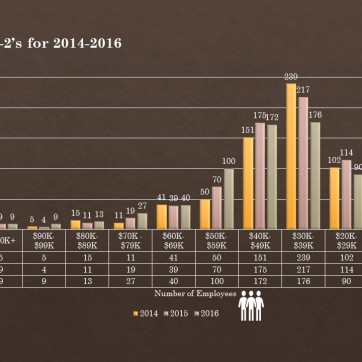 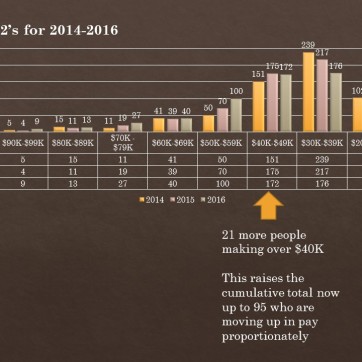 The raw data with names: 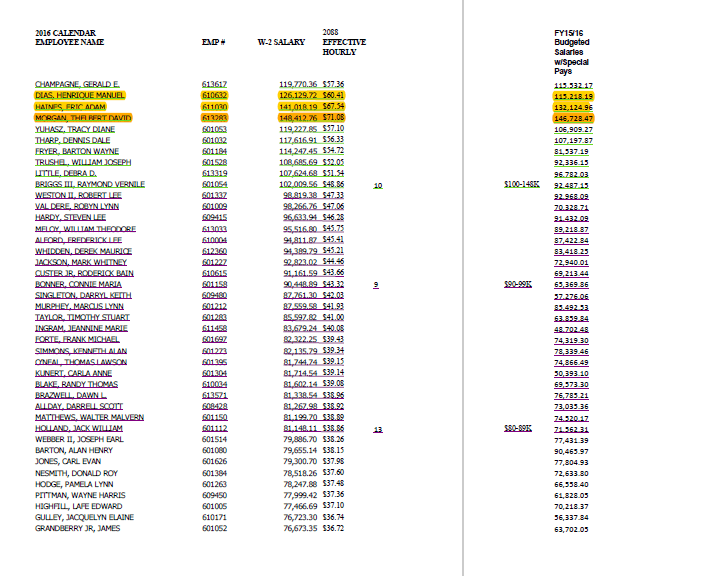 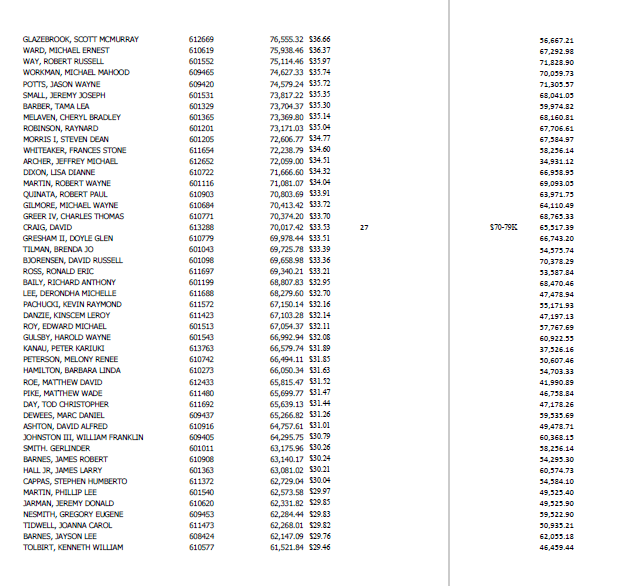 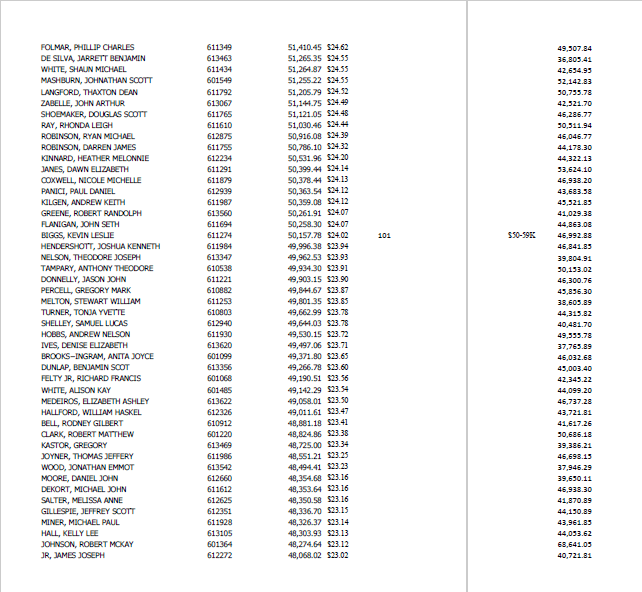 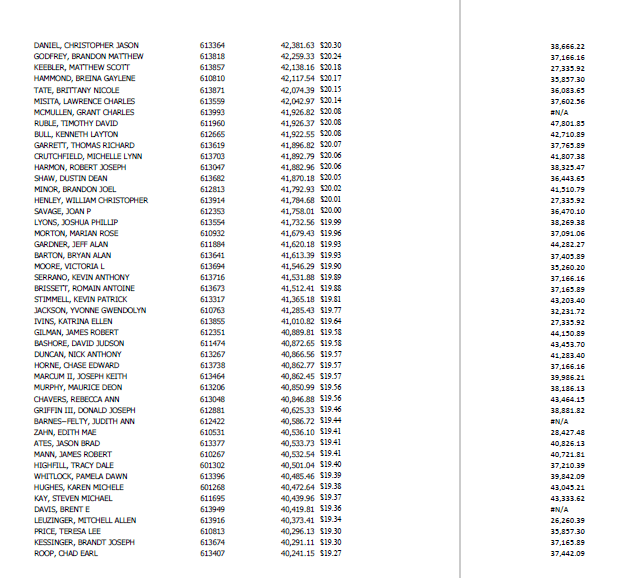 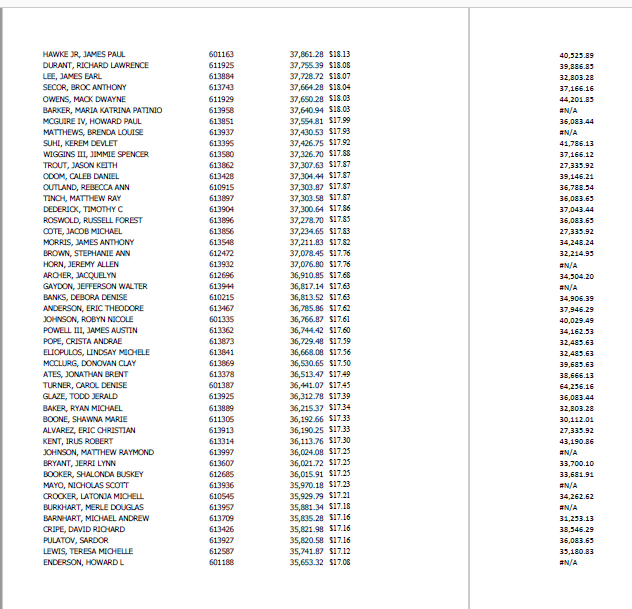 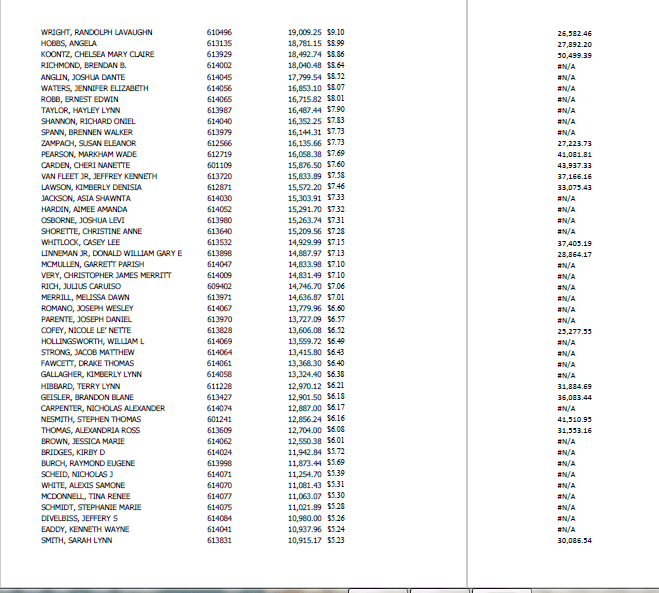 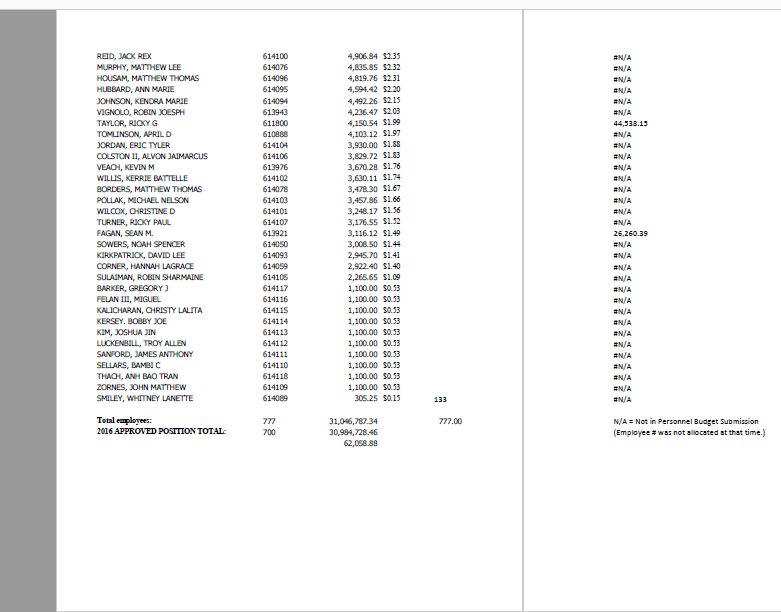 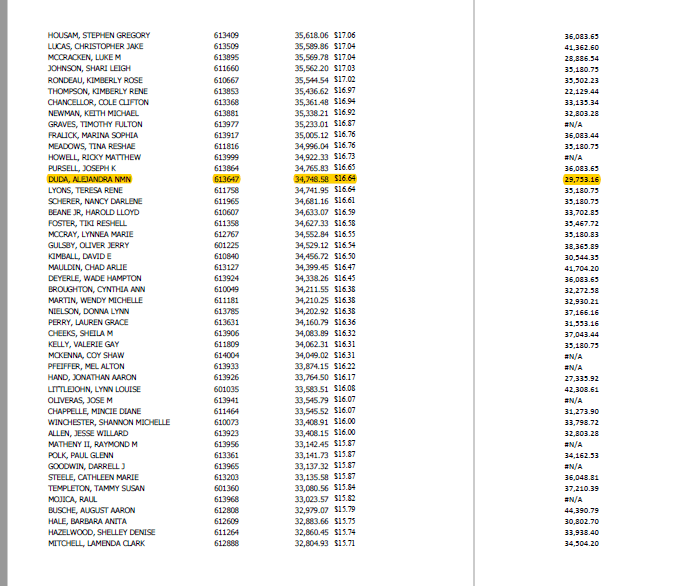 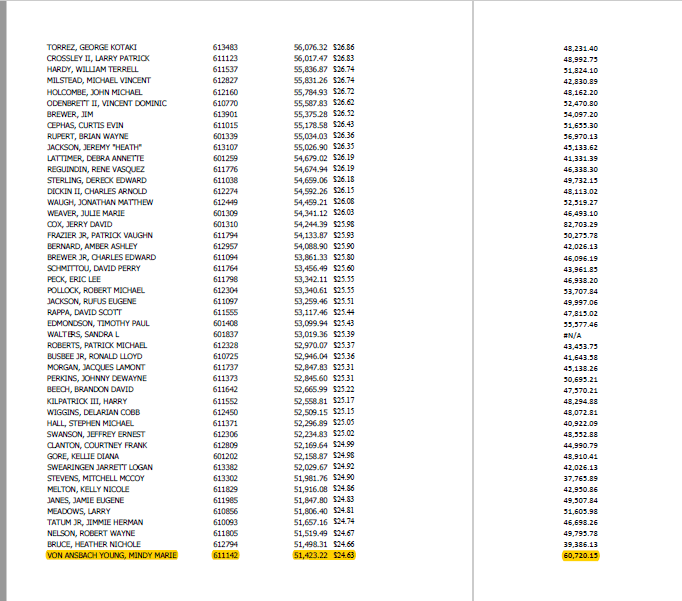