Yesterday a document was filed in the federal case, Rogers vs. Morgan et al, that establishes that, according an official Apple store, Leah Manning’s IPhone 5S was water damaged. This is funny considering that damage occurred while in the ECSO custody.  We know that the phone was NOT water damaged when it was taken into custody because the phone was functional at the point that ECSO employees extracted data from it.  We know Steve Cappas testified UNDER OATH that the phone appeared to be in good condition prior to the judge ordering them to turn it over to the Plaintiff for inspection and extraction. But since that time (in July 2019), the battery has swollen and the phone has been damaged by water. 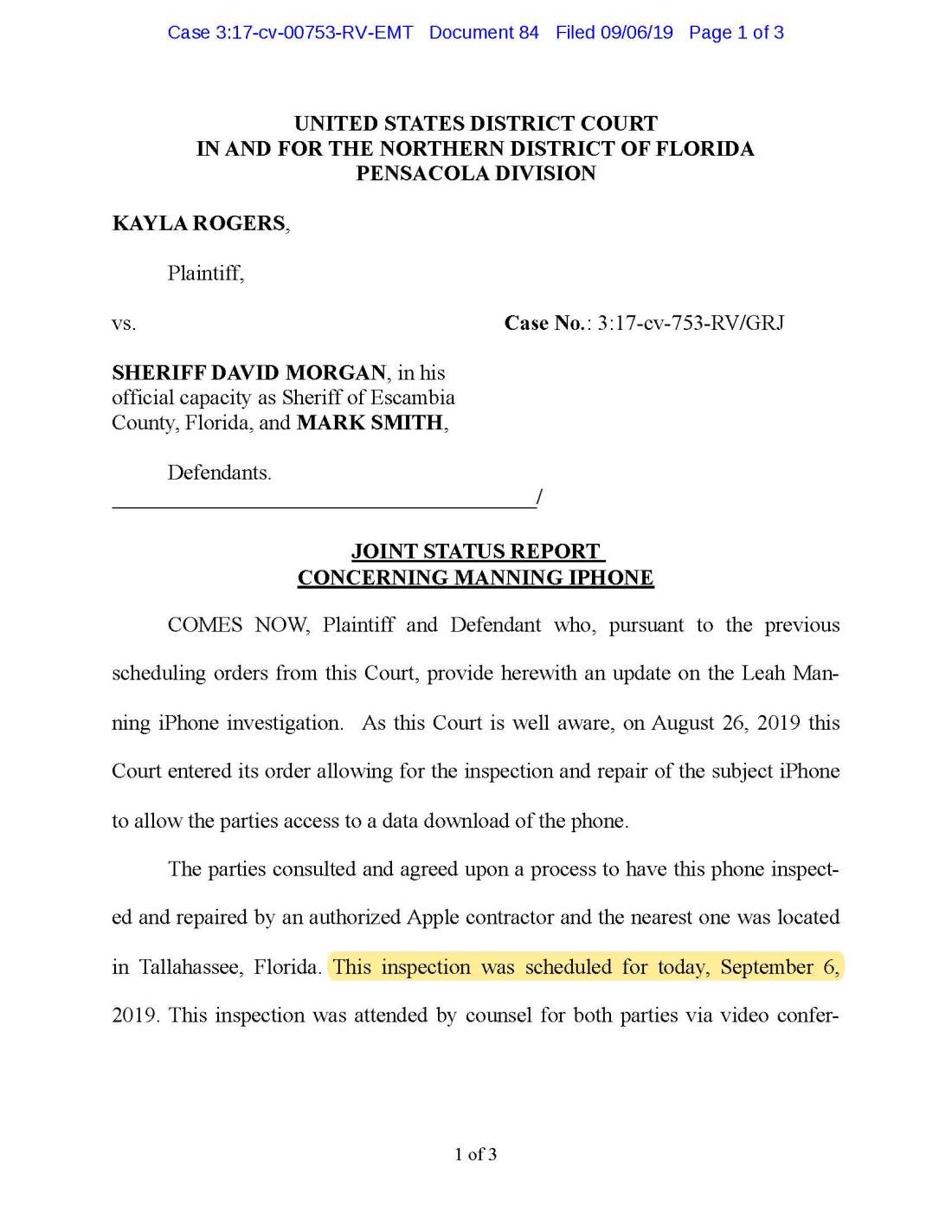 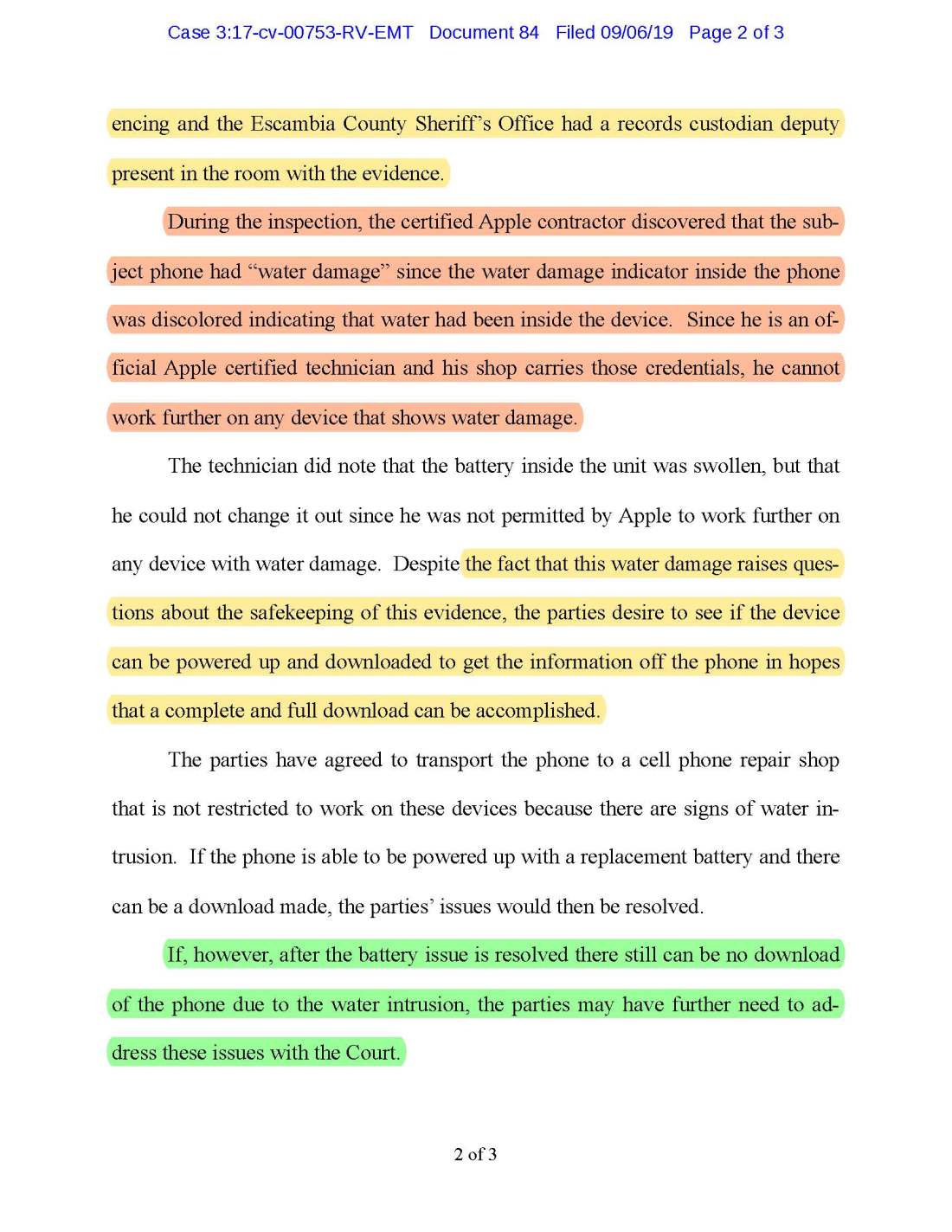 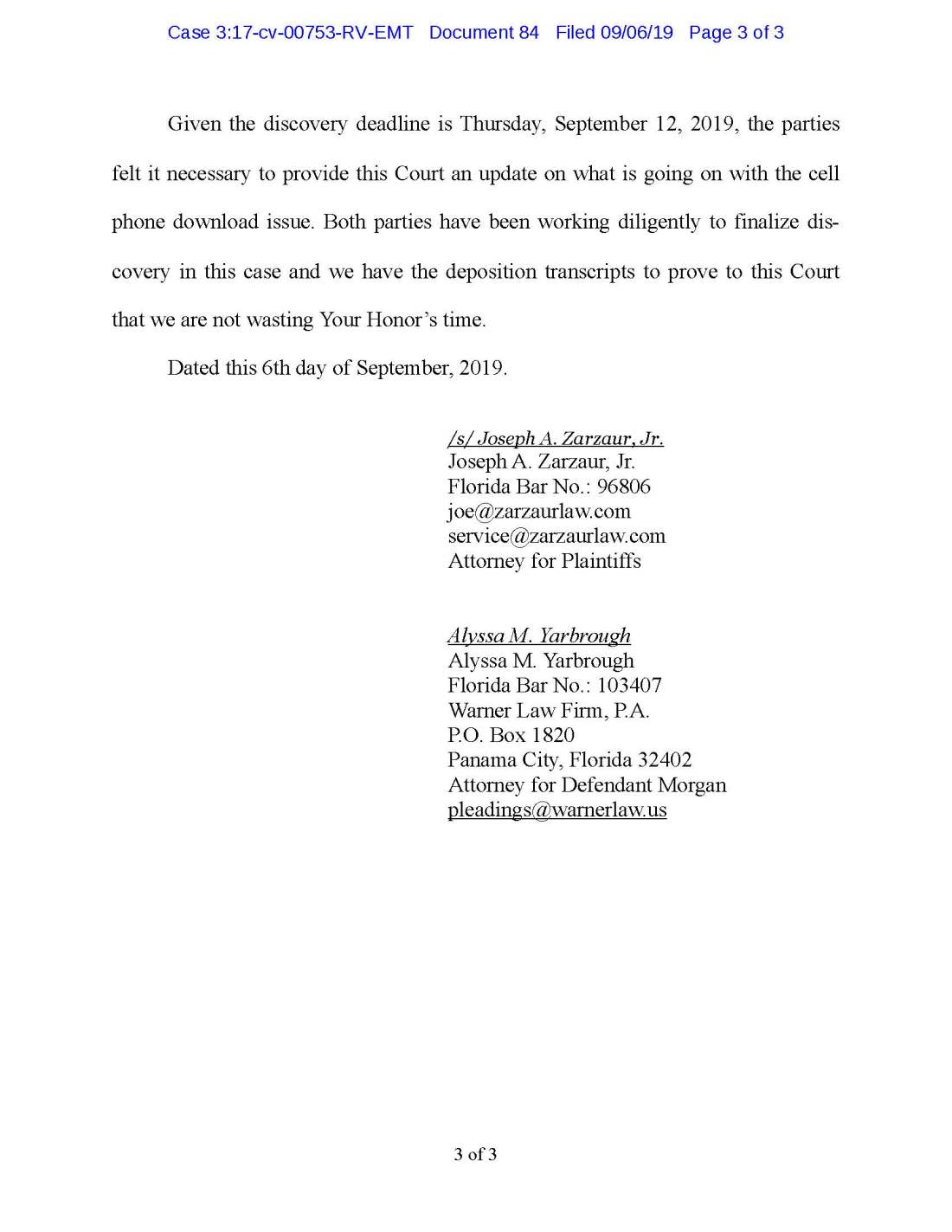 How does that happen when the phone is in evidence in a law enforcement agency’s custody? This particular version of the IPhone 5S is more resistant that earlier versions of the phone to common humidity, sweat and simple drops of liquid. The indicator light in this model is triggered by pressure of water, meaning submersion. How does an IPhone, presumably independently damaged among other evidence in evidence storage, get submerged?

I will leave that to you to figure out. There is no simple or justifiable answer but this is highly indicative of evidence tampering and/or mishandling. And if this particular piece of evidence, which is stored with other pieces of evidence, from other cases, is damaged and/or tampered with, how do we know other evidence has not been mishandled, damaged or tampered with?

After at least 2 people in the past couple of years, Joseph Graves & Christine Rollins, have been convicted of stealing narcotics, which is evidence tampering, and now this, every single piece of evidence is absolutely suspect.