Previously I posted on Scott Haines an SRSO officer who wormed his way into a family, isolated a 90 year old woman with Alzheimer’s, Dorothy Rogers, and convinced her that her family was out “to put her away”. By detaching her from her family, via false accusations, civil complaint, and arrest warrant, Scott convinced her that only he was looking out for her welfare, being a law enforcement officer sold it. Aren’t cops supposed to be the “good guys”?

He got her to change an Irrevocable Trust by arresting the trustee, the person who is entrusted to protect the trust, Matthew Groelinger, for stealing from her estate, exploitation of an elderly person.  Those charges were later dismissed, nolle proseqi, but only after Scott was named the new trustee of Rogers Trust and Estate, valued into the millions of dollars in real estate and assets. New documents have been released, authenticating Haines’s abuse of power and profiteering off of this woman.

This is the link to land sales to Haines for the sales of tracts of land owned by Rogers, deeded to Haines for $20 each (estimated value of each tract is $20K+).

These are the links to evictions from Rogers’s trailer park, executed by Rogers. The notes in Rogers own handwriting show her confusion and that she, not only believes Scott is her grandson, but that he is forcing her to evict these people and she doesn’t know why.

The victims of Eric Haines of Escambia County is vast and been seen here in various posts; however, this is first post in that most people get to see the Haines Brothers are truly birds of a feather and the DNA link can be seen in the victims they choose.

A civil lawsuit was filed over the weekend exposing Scott Haines’s exploitation of a mentally impaired, elderly woman in Santa Rosa County who has vast properties and net worth. The official allegations are as follows:

Here are the basic facts: 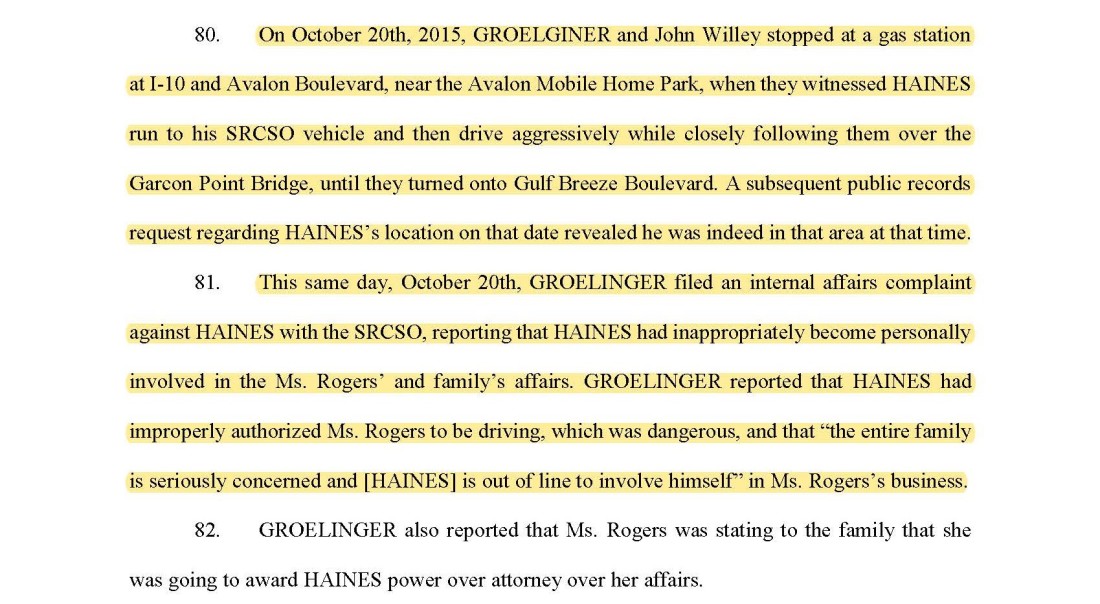 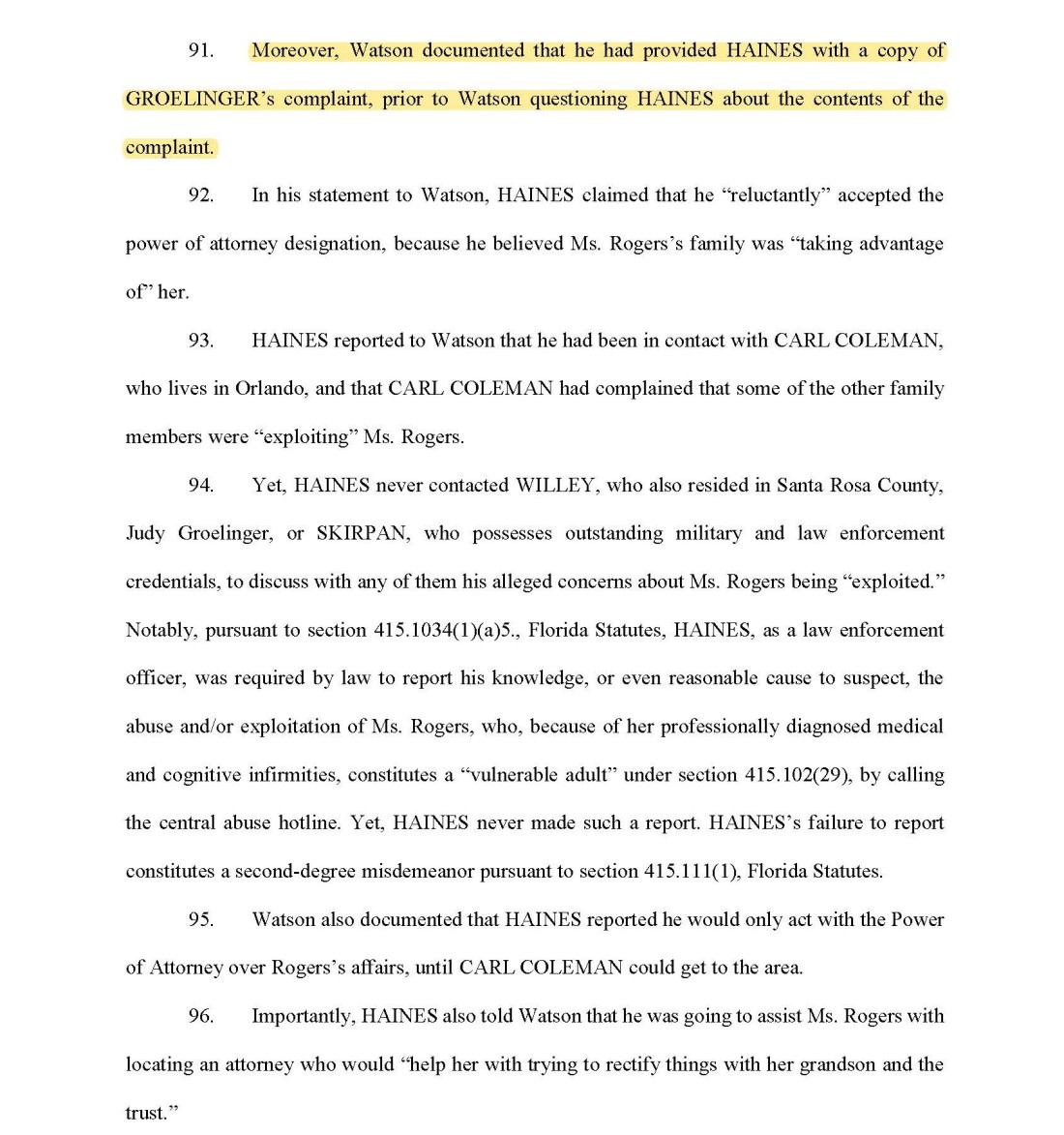 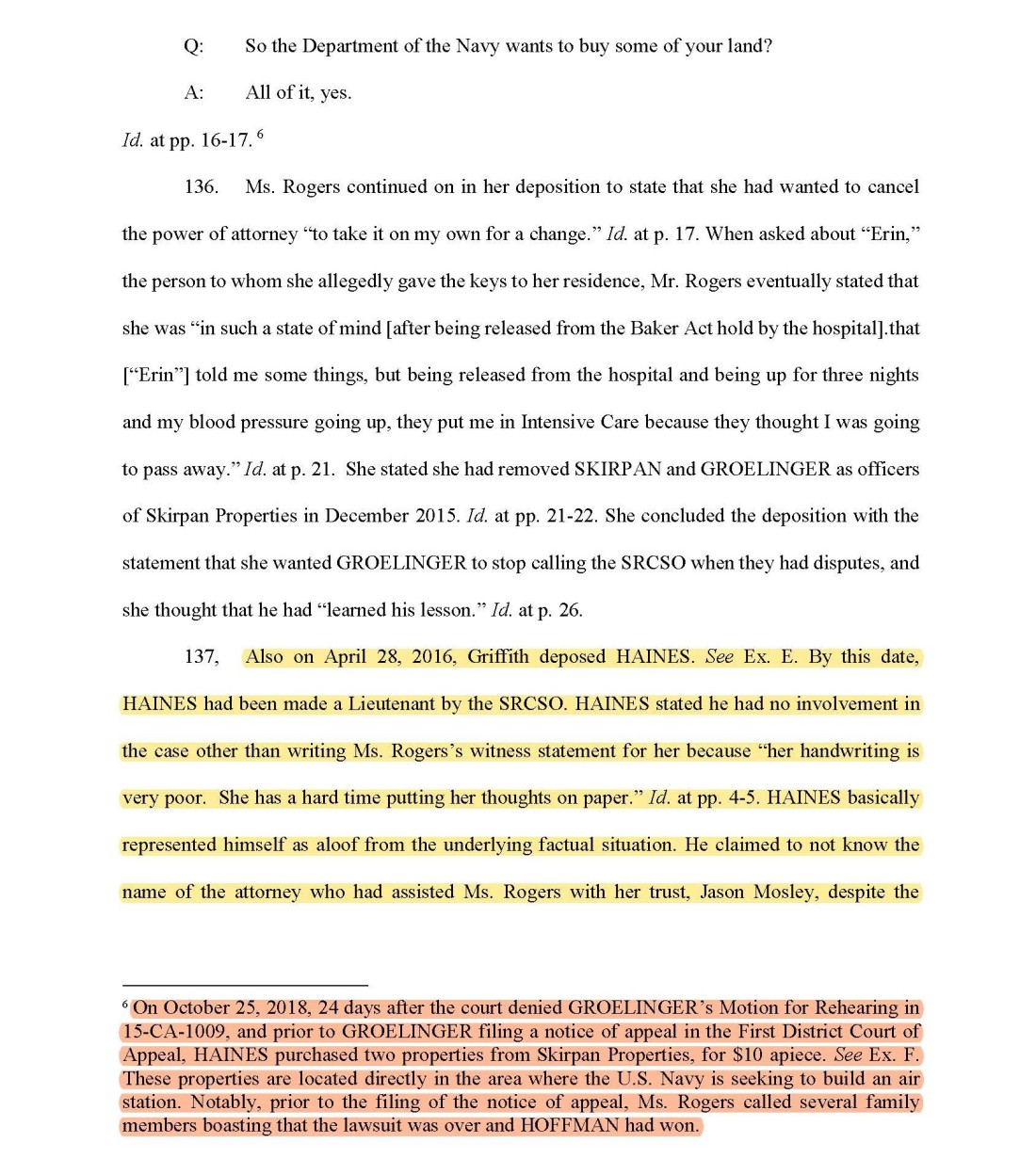 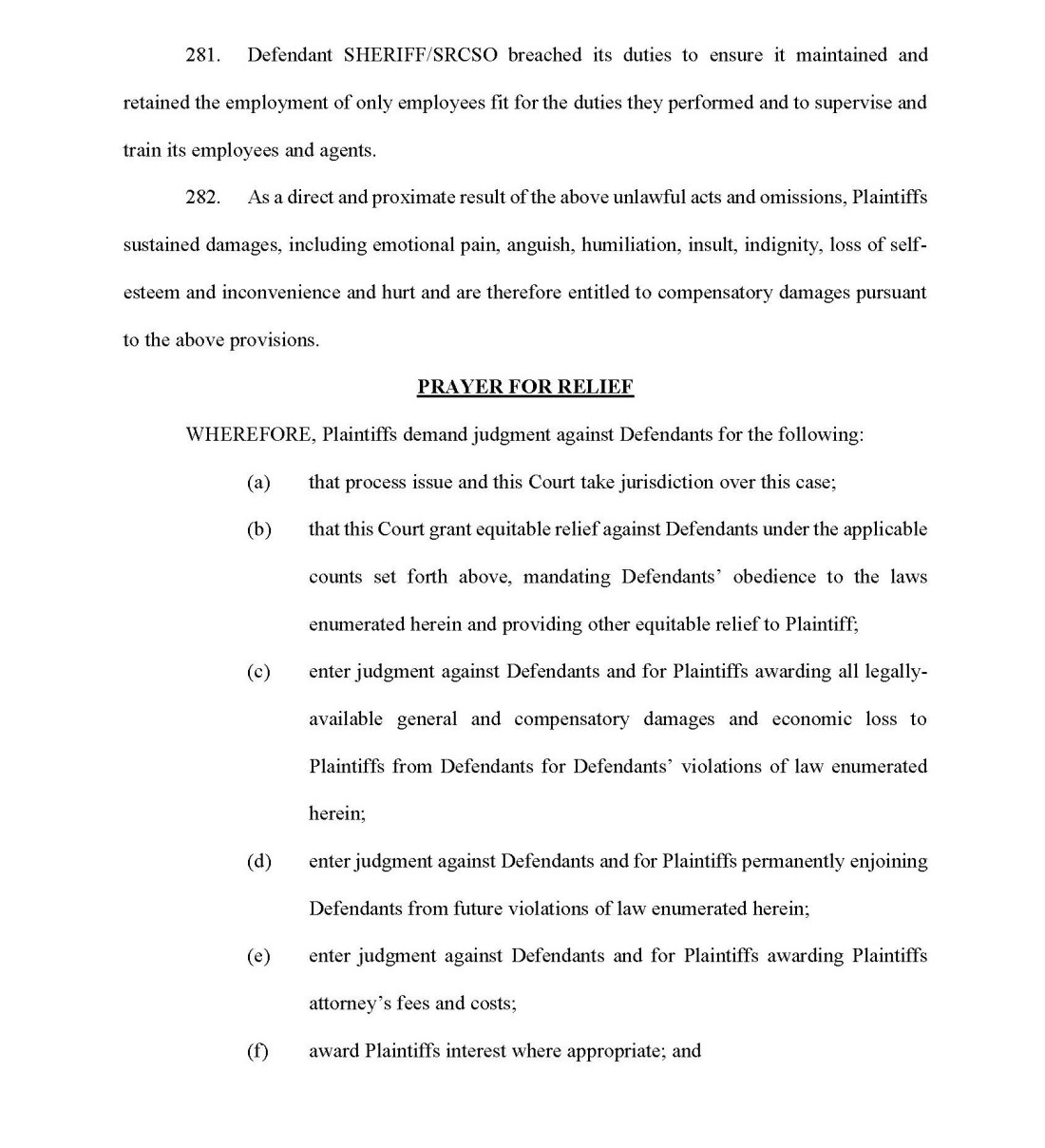 Important facts to remember in this situation:

Railroading people is a hereditary act in the case of the Haines brothers. Their greed and need for power combined with their position of power in their respective communities, makes them extremely dangerous to anyone they set their sights on.

Oh also, Eric Haines is in pictures with Scott Haines and Dorothy Rogers. So maybe there is a cross county conspiracy here too.