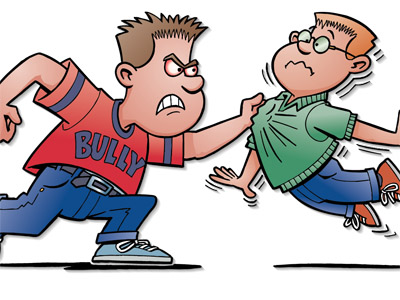 In an unsurprisingly ostentatious manner, Doug Underhill, once again, starts slinging mud in retaliation to a civil suit filed April 10, 2015 against him for libel and slander. Mr. Underhill’s actions in this case, subverting the proper channels for the campaign violation that has been alleged against Gene Valentino’s campaigner, is paramount to being the little kid that tattles when his feelings get hurt. Only in Mr. Underhill’s case, his political subterfuge with the State Attorney’s office is the vehicle to exact his public retribution.

For a single misdemeanor offense, the public ridicule Mr. Marcille and Mr. Underhill doled out to an autistic campaign worker with 9 kids, is political bullying at its basest level. Normally, not only would this sort of thing NOT be in the news, it would not be tolerated by officials with a moral compass. Doug Underhill is like that bad ass, spoiled kid in the supermarket who isn’t getting his way, laying out in the floor for attention.

Pat yourself on the back now, Dougie; your stupid is showing.

I think it’s time to put all the cards on the table. I have been reminded by quite a few of your colleagues that your aim is to destroy people who cross you. I have been warned you will do your damnedest to ruin me or discredit me. And I also know historically from the news, about how you set up and ruined former Dothan Police Chief, John Powell’s career with your collusion with Bill Eddins. It is not lost on me that during that case something seemed to change the course of the playing field. It appears at some point Mr. Eddins either got “cold feet” or somehow the “dropping of the other shoe” slowed his case. Don’t know what that was but, to be sure, I will find out.

Then there is your persecution of Rex Blackburn and Gene Valentino. Men who merely questioned your competency. In case you didn’t realize that we all have that right in this country but you use Mr. Haines and Mr. Craig to dirty their own hands in your missions to seek out destroy the “haters”.

I know about why you left the Air Force, how your wife played a role in that. I know about your step-children, Blaze & Rose, who willingly participated in “sexual racketeering” in my former hometown of Pensacola. I know about the so-called rocket explosion  you allege you saved people, but where strangely, your name was forgotten the official reports or in the media. I know you fancy yourself a TV star with those pearly whites and shiny metals.  I know about some crazy ass run around you plan on making to get Governor Scott to appoint Eric Haines, after your “win” this next election while you try to make your way into higher politics within the state.  I’m sure Mr. Craig’s clairvoyance, as he puts it, will be involved but know that will be under a microscope this time when the people of Pensacola are “assured of a win” before any votes have been cast. Again, remember you pissed off enough people Shiny Medal, Pearly White Mr. Morgan; there will be a microscope over your every action from this day forward–from the inside of your nest of corruption throughout the community.

So now that we know about you. I wanted give you some background on me. You seem to like to use people’s secrets to try to discredit them. I have no secrets Mr. Morgan but I have a hell of a colorful past. I didn’t grow up in house with a conventional family. My family was scary and dysfunction, at least on the Maddox side (which is the same Mattox family I think you recognize from the attorney in Tallahassee).

I am the daughter of Jim Barnett, a man who ran numbers from Sammy Fiorella, founder of Sammy’s Gentlemen’s Club in Birmingham in the 1950’s. I am the niece ofMichael Maddox, who was deadly con man. He is probably the most colorful person in the family. God rest his soul. In 1985, he was a millionaire twice over (before and after serving 9 years in Terminal Island for RICO violations) in Los Angeles; he owned a business Goldex, Inc. He defrauded millions from people but he dabbled in other industries. He trafficked cocaine and arms within the Medellin Cartel. I can recall as a child, him flying into Birmingham without a call or anything-just out of nowhere with his son, who is my age. He rented a car and had to do business in Atlanta and New Orleans. He did them as day trips as to be home for dinner with my mother and I. His business partner in Atlanta, Maxy (Max Mermelstein) was the money man and he worked with another man Harry (Berkenthal). Both I know, now, were accountants for Pablo Escobar.His day trip to New Orleans was with Joey Marcello (son of Carlos Marcello). My uncle referred to himself jovially as a “Cocaine Cowboy“. It wasn’t until I was an adult I understood the fullness of that statement.

My mother worked for the Alexiou family in Birmingham. I was at the wedding of Hedy Alexiou to Carlos Levya Beltran (http://en.wikipedia.org/wiki/Carlos_Beltr%C3%A1n_Leyva). That is my history, or legacy as it were. I have never been arrested; I am not a sexual deviant but before you take any measure against me maybe you should consider who is still on my Christmas card list. Who remembers that sweet little girl I was with strawberry blonde hair and ponytails that people tried to protect. Hell, I had bodyguards when I was 8 years old. Please do some fact checking into these names. You will need good clearance as most of these people where in classified federal files, DEA, ATF, IRS. RICO violations brought most of them down but their families are still alive and well and love sitting down talking about the glory days of the their colorful pasts. So when you start trying to trump up some charges against me, which would absolutely make my day, you may want to consider the fallout. What did you say to Mr. Valentino, on that voicemail? Something about “a flak vest and helmet because there will be fireworks”.

This point also ties in with the actions of the subordinates under Morgan. Just as children reflect their parents to some degree. It is reasonable to say that employees only fall under the standards to which they are kept. Morality is obvious absent in these deputies.  So what deviancy are they following?  To the naysayers, children and subordinates acting in the same fashion, morally corrupt and absent of discipline cannot be 2 coincidences under the same fine leadership. It appears to be a pattern of behavior. We are judged by the fruit that we bear. Mr. Morgan, your fruit, both of your home and office, stinks. Common sense can lead to the conclusion of what that fruit says about the tree.

It has been brought to my attention that the climate in Pensacola regarding Sheriff David Morgan (I like to call him “The Media Whore”, but that’s just me) and Sleazy Bill Eddins (Again that is my thoughts, I think we are still allowed to say opinions, right?).  It seems their arrogance and overconfidence in the GOB (Good Ole Boy) System makes them remarkably reckless. Now everybody knows Morgan pisses people off with his complete ethical disregard of standards over his deputies or for that matter any amount of oversight and supervision. Let’s just thing of the man with 15 bullet holes in his car in his own driveway in the middle of the night, purely in error or the little boy on a bicycle in Brownsville that was tasered by a moving patrol car that then ran over the boy as he fell to the ground again when the boy, just as the man in his yard was guilty of nothing provable.

Then Mr. Eddins…well what can I say….he is a political glutton with no conscious who falls in alignment with whatever his cronies tell him to including falsifying grand juries that did not take place. I am referring to the testimony supposedly given in Patrick Gonzalez Jr.s  trial. He interviewed Frederick Thornton without counsel or recording said interview took notes to the grand jury without documentation in the presence of Corey Aittama, his lead investigator. Now this grand jury with no testimony documented or witnesses taken from the jail was given to David Rimmer who was “acting” as the judge over the grand jury “to fill a vacancy” but it’s ok because Nick Geeker approved it. To me, in Pensacola, no one’s word can be trusted. It seems to me that this grand jury—IF IT DID TAKE PLACE– was a mockery of justice with the conspirators involved calling the shots. Either way that indictment should not have been granted; it was absent of justice and with no indictment, it seems like anything that proceeded from the fruit of that fake planted palm is non-existent.

Then you have David Craig, the stoner, who either is not supervised himself or acting in direct collusion screwing with press releases, leaking a timeline and suspects that Deputy Tama Barber testifies were never developed at that point they appeared on the CNN. Being the Community/Communication Director for the Sheriff’s office, it would seem like Mr. Craig has some “splaining” to do.

But even in the face of all this, Morgan leaves County Commissioner Gene Valentino a threatening voicemail which has to do with the jail being taken from under his control. By the way, has anyone thought of the fact, the jail being under Commission control and “exploding” may or may not have been a veiled threat from our fine Sheriff? Seems convenient to show that the jail was in the commission’s “reckless” hands. It was a ploy that ultimately by an “act of God” got the Lenny Gonzalez’s van destroyed due to water contamination. Kinda hard to prove that wasn’t the van used in the Billing’s murder if it has been destroyed and the actual van disappeared that was found at the weigh station.

I think ex-Sheriff McNesby and the many other people like John Powell and maybe former deputy Chris Baggett Sheriff Morgan stupidly crossed in his misguided God complex should bond together. The enemy of my enemy is my friend and it seems there are so many of them.  Mr. Morgan, maybe you should get a flak helmet…there’s gonna be blood in the water.