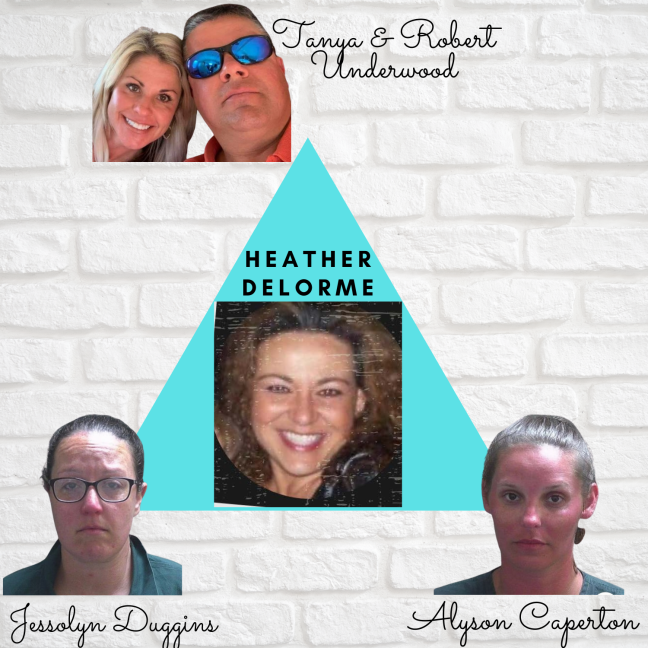 *My apologies in the delay of this post. A few personal things got in the way. With no further adieu…..

Merely two months after Heather DeLorme’s acquittal on grand theft charges from her previous employers Robby & Tanya Underwood,  on August 25, 2017, Tim Duggins and Dan Thornton filed a report with ESCO sheriff’s department alleging that Heather had used the Duggins company credit card for personal use. Heather insisted she was given permission to do by Jessolyn Duggins. The amount of the alleged unauthorized charges was under $1,200.00 between May 24, 2017 and August 23, 2017.  Officer Barragan and Investigator Harry Kilpatrick opened an investigation and Heather is arrested for petit theft on November 15, 2017. 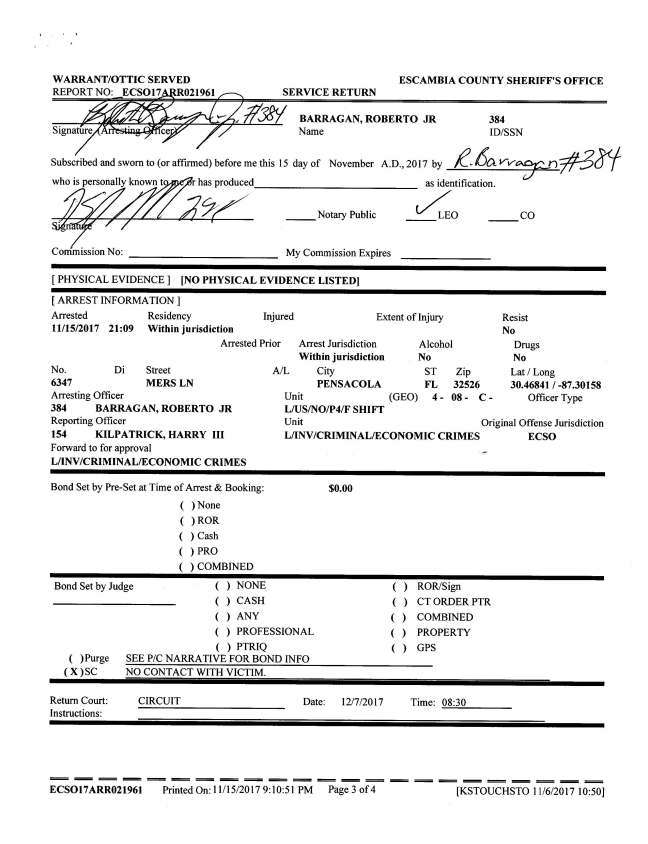 So the first question that needs to be asked is :

1.  How did Tim Duggins already have the video surveillance photos of a woman matching Heather’s physical description using the his credit card at Walmart and Walgreens when he made the report to Harry Kilpatrick? These stores do not just give surveillance tape to civilians. It takes intervention from the police to obtain.

During Heather’s this second case, Thomas Williams handled the prosecution. Tim Duggins had agreed to let Heather repay him, but right before they went before the judge to make that official, Duggins, after speaking to Williams, changed his mind.  If you remember Tom Williams was involved in 2016 in investigating or not investigating the LET misappropriation from the citizen complaint by Clark Yates as well as thefiring of Philip Nix that same year.  He also was on the periphery of the Ron Clark Ball, one man RICO case in 2017.  In open court, Williams leads Tim Duggins through his story . 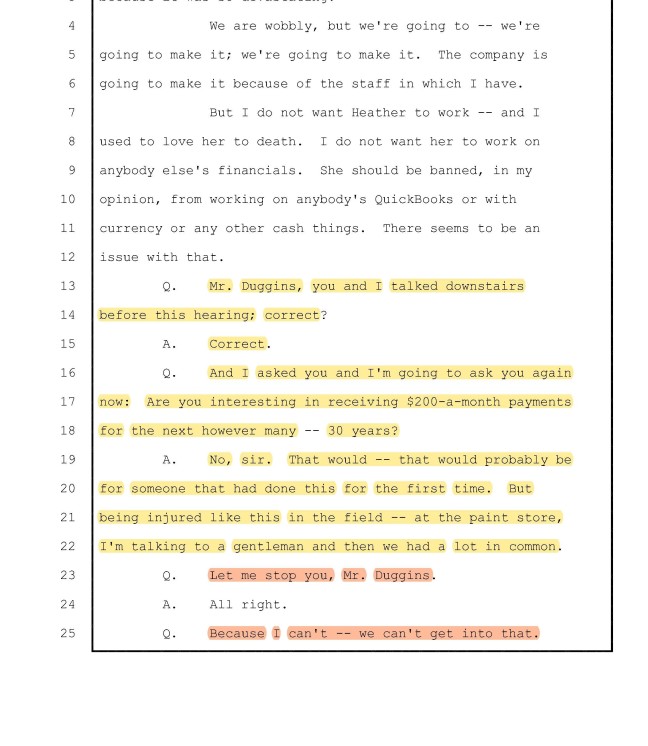 Being absolutely blindsided by this arrest and having been battling for 2 straight years, in November 2018, Heather DeLorme enters a plea for Organized Fraud for $750K ie RICO charges and is sentenced to 5 years in State prison and 15 years of probation. The amount of $750K is for further fraud that was alleged after her initial arrest. 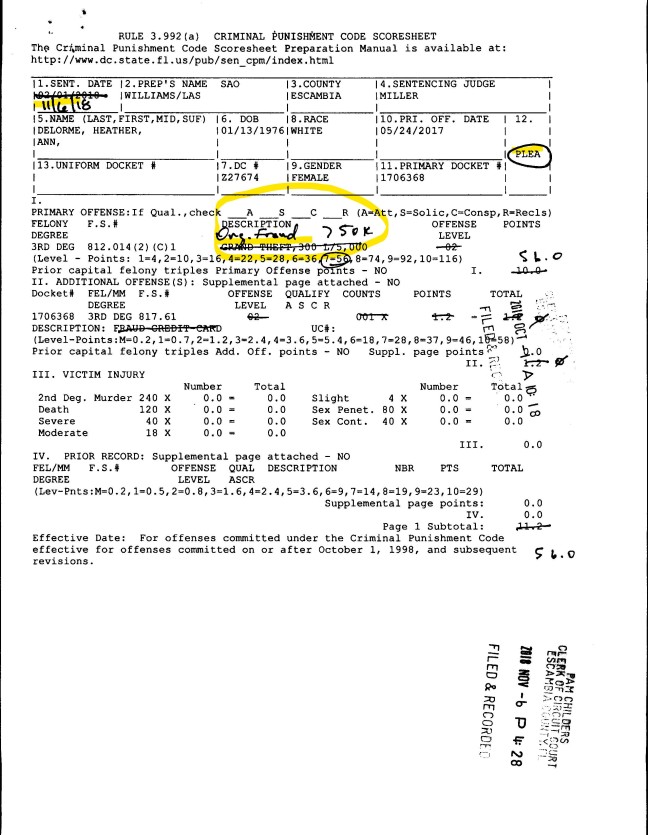 Fast forward to June 2020. Jessolyn Duggins, daughter of Tim Duggins and her girlfriend, Alyson Caperton are arrested for grand theft, scheme to defraud, using a computer with intent to defraud, money laundering in excess of $100K  from Duggins Supply. 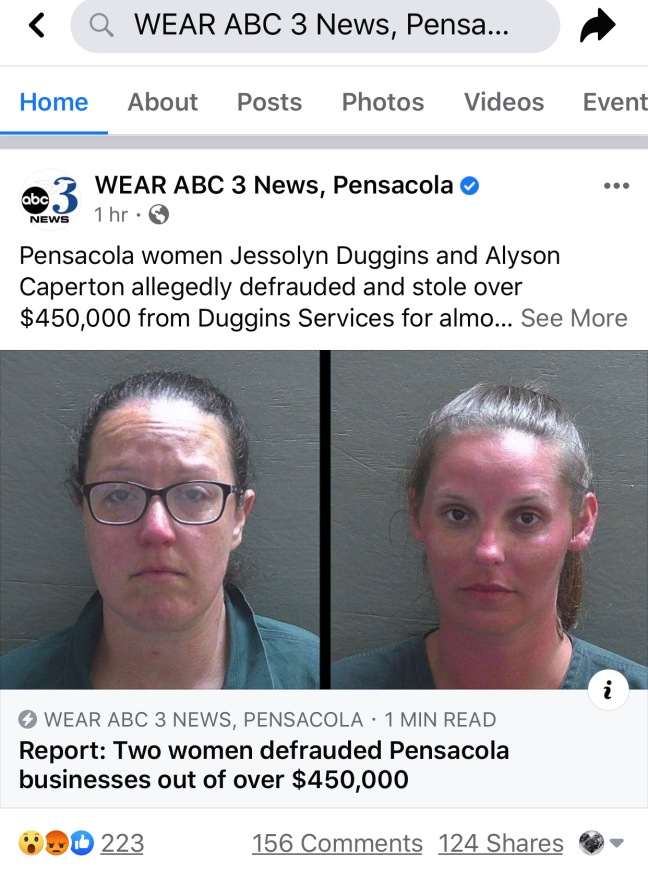 They are accused of stealing $450K from September of 2017 to July of 2019. As we saw from Heather’s arrest report her theft is supposed thru August of 2017. So the very next month, Tim Duggins’s daughter decided to pick up where Heather left off? Or is it possible that Heather was set up to take the fall to cover the theft of Jessolyn and Alyson?

Certainly appears someone should have investigated this case better to look at the books prior to Sept. 2017.