FDLE & the SAO both have re-investigated the claims that resulted in the firing of Philip Nix, a Sr. Deputy with 20 years experience. They found the cause used by the ECSO lacking foundation and WITHOUT MERIT.

When deputies are a commodity, this senseless termination, which is causing the taxpayers money to defend in US District Court is just one of many frivolous uses of county dollars.

Recently, the former ATF agent, Randy Beech was hired as ANOTHER HIGH PRICE ADMIN to the already (nearly completely) top heavy admin. staff of the ECSO as an agency as a whole. Agent Beech is estimated to make in excess of $80 K per year, if his pay at the ATF is comparable to his new position at the ECSO.

TAXPAYERS! MORGAN GOT THE MONEY FROM THE BOCC FOR ACROSS THE BOARD RAISES TO BRING DEPUTIES BASE PAY UP, BUT IT SEEMS LIKE HE’S ALREADY TAKEN THAT MONEY AND REALLOCATED IT FOR OTHER REASONS. 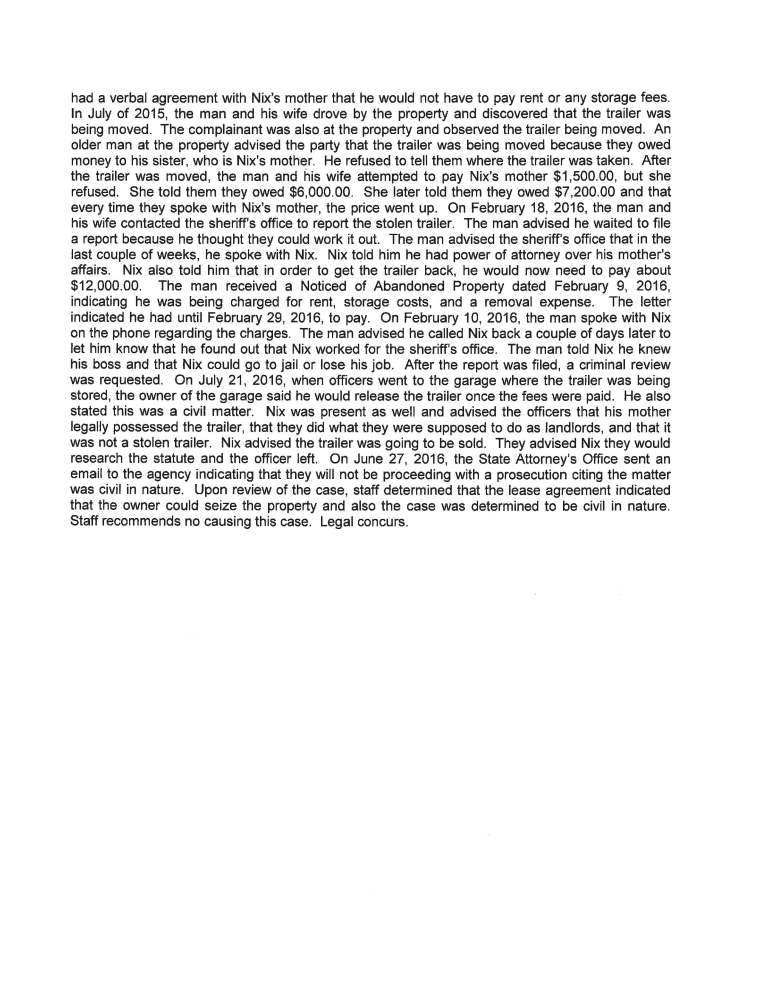 ← Is the SAO on a WITCH HUNT?
Entitlement & Hypocrisy →