*This post was written by a deputy at the ECSO. 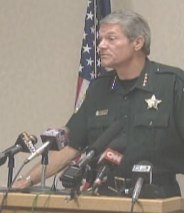 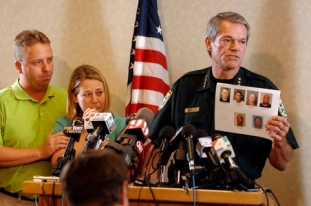 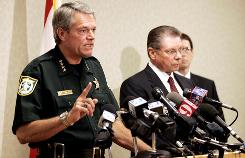 There is a problem in Escambia County. It is a problem that starts with the ECSO and its administration. The problem is not a typical workplace issue. The problem that faces the ECSO is one of greater proportion. It has become a plague that is reflected in the community. Staff members would want you to believe the problem is caused by disgruntled employees with agendas or grievances or because of the low level pay scale. They would say there are generational or societal differences causing friction within the administration. Point of fact, there could be cases that demonstrate any one of those scenarios. Any business with as many employees as the ECSO will have some cases of bad employees. It just is not possible to have a MAJORITY of employees

that are unhappy or that fall into these categories.  A fish rots from the head down. The most likely cause of the anathema in the ECSO is that the leadership has failed.

David Morgan may have had good intentions when he decided to run for the office he now holds. He likely believed that his ideas would improve our community. His vision was based in the understanding that he had from the point of view he could have as a civilian.  I say civilian because he never had any LEO certification, training or experience enforcing the law. He has shifted that stance from outside civilian to now assert experience via uncorroborated military service. Please never make the mistake of believing he had any law enforcement experience based on the jobs he performed in the Air Force. One could not claim to be a chef because they can microwave a frozen burrito to perfection.

Becoming a law enforcement officer takes much dedication and commitment. It takes the ability to apply yourself to a change the way you view everything you ever learned. You understand that the authority that is given to you is a huge responsibility. You must learn to use the power that comes with being an effective law enforcement officer so the best outcome is reached even in the most difficult of circumstances. Morgan never had the opportunity to discover the path that leads an officer to the good even if there is only evil lurking along that path. The ability to make good choices isn’t taught in a classroom. It is impossible to read about the correct way to reached desired goals. Accomplishments are gained through experience and exposure to the real-life situations that are encountered each day as a law enforcement officer. Often the best lessons are taught through making a mistake.

Early into Morgan’s “career” as a law enforcement officer he was thrust into a very rare type of case for any officer. A murder with multiple victims. Morgan found himself in the spotlight. The cameras and lights in his face. All attention given to his every word. His one liners taken as candid talk from a law enforcement professional. Very sexy to hear the story but could not be further from the truth.  Morgan got the opportunity to narrate a story contrived without all the facts in record time with a record number of suspects. Any seasoned officer with experience with homicide investigations will tell you that the case was too complex to unfold in this fashion under the scrutiny of the press and the community given all the factors involved. It was implausible at best to wrap the case up that quickly and self-serving and malicious at worst. But everyone liked him. The media loved his persona and bought the shoddy result without so much as a second glance. Morgan’s MO is to define a narrative from the onset then when facts come in, they are bent to fit the narrative. That’s what rookies do. The facts are supposed to structure the narrative. But Morgan is a storyteller. He tells a story, such as the humdinger or the “ritual” witch killing. The story led the investigation in both cases.  The only things investigated were those things that went along with the story. There is no justice in that and by the way, how is that police work?

Morgan was given a taste of fame and importance. He began to believe he was the person that the media made him out to be. This is where the story takes a sad twist. Morgan started to act as his presence bestowed favor to the ECSO. Morgan believed he was such a capable individual he could understand a job in only a few months that takes veteran officers decades to fully understand. He believed he was beyond any person that has ever walked through the doors of the ECSO. Morgan sealed his destiny when he allowed his ego to guide his actions.

Take a moment to ask yourself a few questions. List all the accomplishments that are a positive result of Morgan and his leadership since being elected into office. I would guarantee that the first thought that came to your mind was either a campaign effort to lock your doors or that Escambia County was in the top spot for crime in Florida. Neither should be on your list. Telling citizens to lock the car door is not law enforcement it is common sense. Escambia County did not get to the top spot in crime because our doors were unlocked. Our county is at the top because we have robberies, murders, burglaries, and so many other violent crimes in our community.

Give one example of what David Morgan has done to decrease crime in this county. You could not say he has the manpower up. Our county has less experience on the street now than ever in the history of the agency.  Our officers are working with less training and less guidance than should be allowed. There is not a doubt that Eric Haines would argue that the agency has more training than ever before and give you a total number of hours each officer spends a year in training. Understand that artificially inflating hours of training does not mean that the training is useful or beneficial to our community. It can be information to rely on when you are making a pitch to create the illusion that you have been useful in the leadership of the ECSO.  It sounds amazing when you are on a radio show several times a week for convincing the public this agency-our agency–is above all others. I question why there needs to be constant reminders of why I should feel safe and not just feel safe.

The truth is our agency has developed into a public relations machine to further the iconic David Morgan and his celebrity status. We hire news reporters and public relation assistants. We have numerous radio and television programs. We have a studio that is dedicated to the production of scripted news reports and propaganda created by the Morgan machine. Why? Criminals will not be deterred by the “top cop” being popular. A criminal is reluctant to commit crimes when a law enforcement agency is strong on the enforcement of laws. If Morgan had performed as a law enforcement officer he would not have to be told that. He would know from experience that strong enforcement equals reduced crime. I guess that makes the point that Morgan was not ever a cop so he needs to be told.

This is why crime is so high in the county. Morgan has turned our agency into a public relations apparatus. A sheriff should not be a huckster.