8:00 AM—   Investigator assigned to case by ECSO

Naomi was killed with in 36 hours of abduction.  By the time ECSO, began investigation, Naomi has 18 hours or less to live. ECSO wasted 18 hours before starting investigation while simultaneously severing trust with family by arresting mom when she tried to report her daughter missing.

While coming in as the last agency to be involved, Sheriff Morgan held press conferences regularly, creating a facade that the ECSO was working diligently. FDLE was the primary investigating agency, due to the bumbling of ECSO from the beginning.

In my humble opinion, Morgan has blood on his hands

On the evening of June 10, on Facebook, I found a post that was quite curious. Robert Howard had been arrested on June 8th for Naomi’s murder. It had been all over the news. Personally, I was hesitant about this man’s guilt due to confidential info I received on the state of Naomi’s body. She was not just strangled. She was mutilated. This guy did not fit the profile. Nevertheless, on Facebook, a friend of a friend posted this with a comment about Howard confessing. 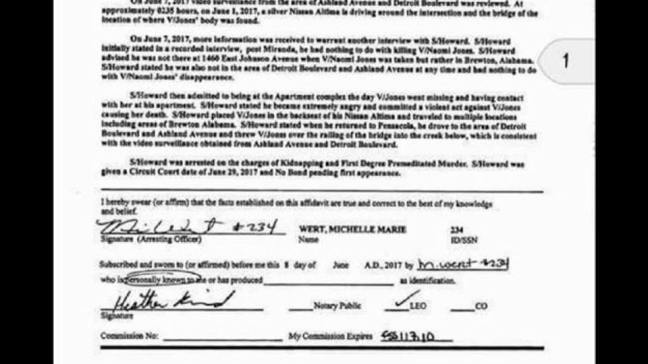 I found a copy of the arrest report online that I had seen. 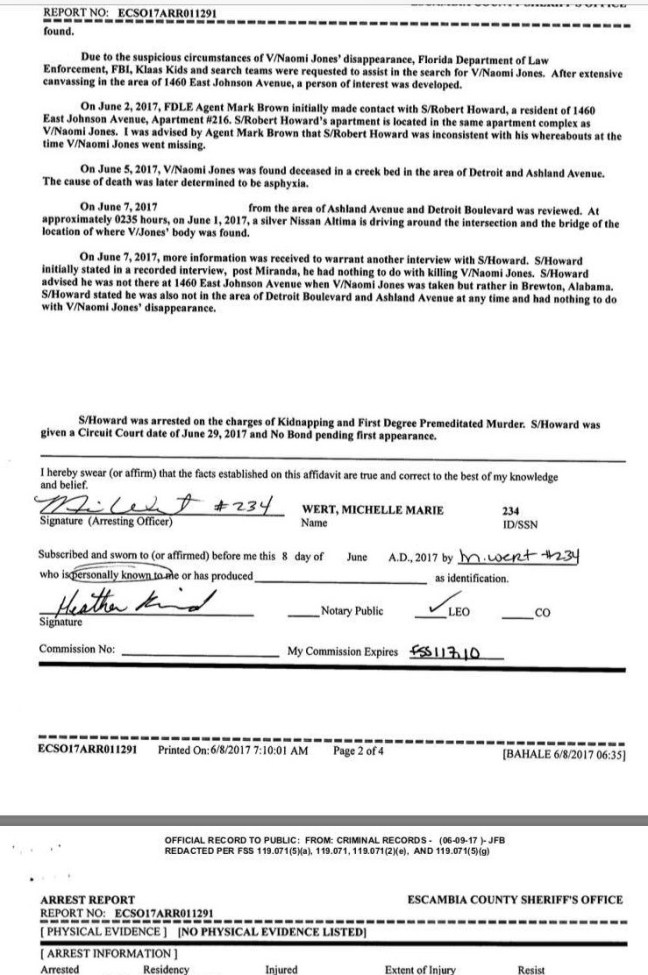 In communicating with the person who released the unredacted arrest report, I was told that this came from an employee at ECSO.

My question is why release that to mislead people. According to source on inside of ECSO, there was no real confession.  It was an off the cuff comment that is misrepresented in this version of the arrest report.  Had it been a real confession, Sir David would be up there taking credit for the “slam dunk”.  “The SOB confessed” might be the headline of the PNJ (AKA the Mullet Wrapper).  The term gaslighting seems  to fit.

Gaslighting is a form of manipulation that seeks to sow seeds of doubt in a targeted individual or members of a group, hoping to make targets question their own memory, perception, and sanity. Using persistent denial, misdirection, contradiction, and lying, it attempts to destabilize the target and delegitimize the target’s belief.