Last week, as many people know, James Scaminaci endorsed a post of mine on FB-Escambia Citizens Watch. I have been blocked from that group so I did not see any of this unfolding until I looked at through a friend’s FB login. I only went there to get a copy of the shifty little degree Morgan claims is an MBA after Webster UNIVERSITY told me they had no record; technically that was true. He doesn’t have an MBA and he had the year wrong as well as the name of the institution–WEBSTER COLLEGE. While it is the same place, for the purposes of quality assurance, that fact may have been one of the issues in verification as it was prior to a major shift from college to university–a watershed moment in their history, but I digress. 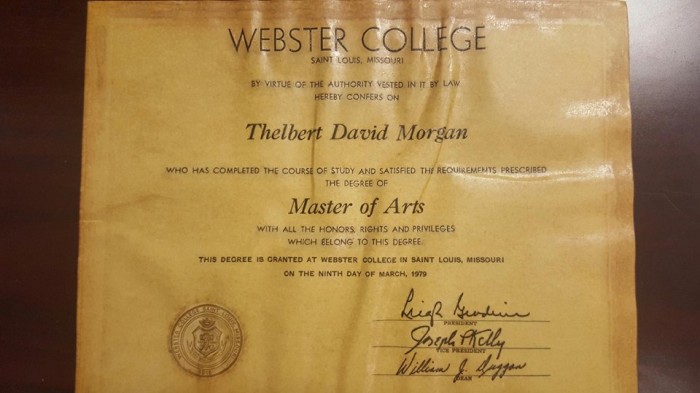 In looking at the posts of the unfolding of this whole thing, I became very aware of the cattiness of community. I posted a correction, but the group does not acknowledge that. It is made to look like James corrected me while, in point of fact, he was correcting himself. This fact is not seen, but I suppose I didn’t expect it to be. You see, this “free speech” group doesn’t allow me to see any of this.  To clarify, James did not “catch me” in  a lie, nor did he do anything extraordinary as he talked to the same person but received a different answer to the same question for reasons that are not clear.  While I acknowledge and corrected myself, the “free speechers”, led by Richard White and David Craig mocked me and my blog. They talked about me as if I was someone who fell off the turnip truck in a crazed vendetta against Morgan, after being dismissed by reliable people like Rick Outzen and Little Dickie White, while I compulsively talk about the Billings’ Murders.

Usually what other people say about me I regard as none of my business, however, I am regrettably disappointed by my peer, James Scaminaci for his part in this. He posted this in a place where I could not defend myself or do anything to accurately portray the circumstances. He misstated that Morgan’s degree of an MBA was verified as it was not. I was correct in my wording and I stand by it as such.

Also, I wanted to address the postings and comments of the peanut gallery.  I am involved in the Pensacola political arena because I am interrelated to the area, the people and the issues. It is my hometown. Most of my friends live there still. My “obsession” with the Billings’ case is even more basic. I am human. In my own curiosity over this case–AS IT UNFOLDED–I educated myself with the facts of the case as I was taking predominantly criminology classes at Eastern Michigan University from men who have LEGITIMATE DEGREES FROM NAMED SCHOOLS, who have wrote books on the subject and even presided over national-interest cases. When I didn’t find one shred of real evidence that someone I knew, Patrick Gonzalez Jr, was guilty, as a human I could not sit by idly and watch him be put to death for a crime he did not commit. We are all interrelated in mutuality on this Earth, so whatever injustice is done to one, it is done to all. That is an assertion made by our founding fathers as well as Martin Luther King Jr. in his “Letter from Birmingham Jail”. “Injustice anywhere is a threat to justice everywhere”.

In that understanding, I have used my time to research this case because it means something to me.The problem doesn’t just appear in this case. I assert that it is a systematic breakdown in the justice system everywhere. A death penalty case started and completed in 3 days is one fact that says it all. How could this elaborate case be reduced to 3 days when the question of life or death is involved?  What justice could that possibly entail? Two co-conspirators saying he did it to protect their self-interest and the confession of a mentally ill man who did not immediately confess but did so off the record after 3 days of being held without proper representation or medication; he was legally not able to make the confession they based the case on because of his mental impairment. You wouldn’t have a child under the age of 13 testify after being held without communication with a legal guardian, so why would you hold a mentally incompetent man without a lawyer for 3 days?

There is a feasting on the weak in this case. Young African American boys who confessed after being told they would receive the death penalty if they didn’t testify and a mentally handicapped and impaired person held, without medication, who makes some impromptu confession (unrecorded) to Bill Eddins directly.  This man was held for 2 years without a plea deal as leverage over the other men in custody until they were adjudicated. This man lost his life over this.  He died in prison of malnutrition from improper treatment of throat cancer.

NONE OF THIS IS RIGHT. So I use my time to try to make a difference.

Escambia Citizens Watch, I say, shame on you for not seeing what you should have seen right in front of you. Morgan is a FRAUD. EVERY CASE HE TOUCHED SHOULD BE REINVESTIGATED. 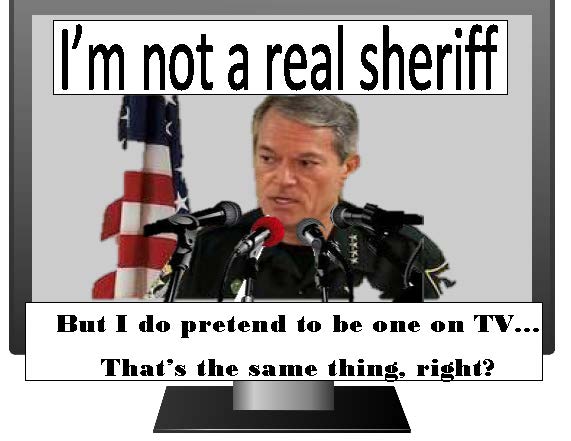 Finally to all involved in this little clique of gossip and misinformation, I say FUCK YOU. Read a book or invest your time into something substantial. Prove me the fuck wrong… Oh and by way, got something to say? By all means, say it to ME. 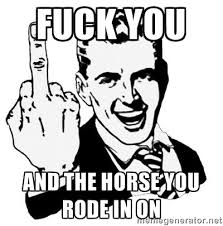